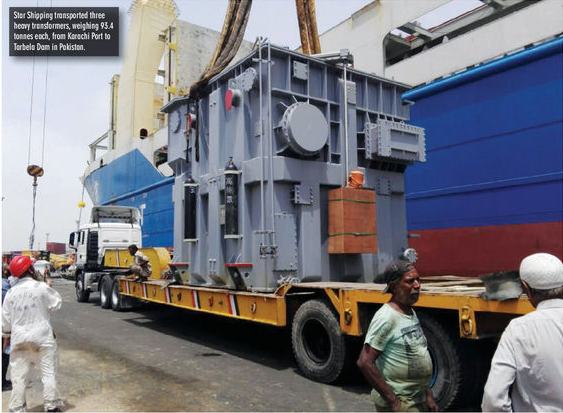 Pakistan has already acceded to TIR, and according to Muhammad Kamran, project director at Karachi-based Star Shipping, the country’s road are receiving much-needed upgrades as a consequence of Chinese investment.

“The Chinese engineering, procurement and construction (EPC) companies are rapidly investing in Pakistan’s energy sector. This has obliged the highway development authorities to develop the road and bridge networks according to movement of heavy project cargo,” remarked Kamran.” The situation currently developing is tremendous.”

Kamran said the motorway connecting Sukkar wht the Islamabad-Peshawar motorway will soon be completed, and that this will aid the transport of over-dimensional cargoes due to the absence of overhead bridges and signboards found along smaller routes.

The project logistics market is growing rapidly, according to Kamran, due to Pakistan’s large-scale energy infrastructure upgrades.

“The newly launched Matiari-Lahore power transmission line project is setting milestones in heavy cargo movement in Pakistan. Previously the heaviest cargo was a 375-tonne gas turbine which was transported this year from Karachi to Haveli Bahadur Shah, but the new transmission project has heavier cargoes of up to 400 tons that will be shipped in 2018.”

Star Shipping specializes in coal-fired power plant projects. Earlier this year it transported three 103-tonne transformers from Karachi port to Tarbela Dam. The units were reloaded onto heavy-duty lowbed trailers, rather than hydraulic trailers, which were beyond the client’s budget. “It was quite a challenging job due to the sophisticated handling requirements of transporting such heavy transformers using heavy lowbed trailers in such a mountainous region of Pakistan,” Kamran said.