1. XLProjects (hence called XLP) is a non-exclusive network of independent freight forwarders and international logistics companies. Network membership is not capped by XLP.

2. All XLP members must be local or regional logistics companies with good reputations (regarding finance, operations, communications, sales coordination, and other professional factors) which can be backed up with at least four third-party agency references from countries outside of the residence of their main head office. This cannot be waived. Major multinational companies that work primarily only with their own branches cannot join XLP but neutral subsidiaries of such companies are allowed.

4. XLP members agree to attend the worldwide meetings, not missing two consecutive years without reason. If a member attends a regional meeting in the same year they missed an annual meeting, it is considered that they did not miss the annual meeting that year.

5. XLP members who are not up to date and current with their accounts with XLP will not be allowed to attend international meetings.

6. XLP membership invoices for new members are payable upon presentation. For renewals, XLP will invoice one month in advance. Renewal invoices are due thirty days after the date of the invoices.

7. Any bilateral agency contracts between two XLP members are considered to supersede the XLP’s standards, terms and conditions.

8. As a point of professional courtesy, XLP members will not actively target and recruit personnel of other XLP members in the same gateway. However, if personnel respond to advertisements or general announcements then it is down to the discretion of the staff member.

9. As a point of professional courtesy, XLP members will not actively target and pursue accounts that they know work with other XLP members. Should an XLP member discover this to be the case with a new prospect, they should abandon the effort. However, if an XLP member is directly requested to quote new business or bid on a project by a potential customer who currently works with another XLP member, this becomes a non-issue. XLP member should never low ball the bid or quote simply to grab the business if it is currently held by another member.

10. No XLP members shall solicit any other XLP member for the purpose of having that member join another forwarder network that competes with XLP for membership. XLProjects reserves the right to forfeit the membership of any XLP member soliciting for other networks.

1. The terms of payment among XLP members are determined by the quotation for the business concerned. Booking per the quotation without further arrangements is considered acceptance of the payment terms on the quote. Quotation acceptance supersedes any prior contracts or agreements. If no payment terms are included in the quotation and an agency contract is in effect between the parties, the payment terms will follow the contract. In cases where the quote contains no payment terms and there is no agency or other commercial contract between the origin agent and the destination agent, or unless otherwise agreed, XLP members will settle all debts within thirty days of invoicing one another.

2. Unless otherwise agreed, XLP members will keep FOB, clearance, delivery / inland transportation, etc., charges for themselves. For international ocean or air carriage, a 50/50 profit share will be assumed.

3. Unless otherwise noted and agreed, it is automatically assumed that XLP members will quote each other in United States Dollars. Quotations from XLP members to XLP members must specifically state other currencies, if this is a requirement.

4. Unless otherwise agreed, payments to XLP members will be in the currency quoted.

5. For on going business between members, monthly statements should be provided by the creditor.

6. For all ongoing XLP business requiring offsets, unless otherwise agreed, both parties should provide statements for settlement by the 10th of each month.

7. Prior to the end of each month members should report all overdue amounts through the overdues payment alert form. In addition, any amounts that pass the 60 day overdue mark should be reported directly to the XLP Coordinator within five business days of that mark. Failure to report the said overdues at either juncture will jeopardize future claims for non-payment, should such claims be required.

8. When an XLP member supports a policy that a credit application is a requirement to do business, this should be clearly stated in quotations to all other XLP members. Otherwise this will not be assumed to be a requirement.

9. All transactions between members are to be paid as agreed bi-laterally between members (or multi-laterally should the trade be cross trade arrangements between members). Payment between members for due invoices, debits, or other agreed debts which are incurred by the trade, unless previously agreed between the concerned members, will not ever require or depend upon the actions, payments, or motions of any third or fourth parties (shippers, consignees, customers, or agents otherwise). If a debt with another member was incurred then it shall be duly paid by responsible party ordering the transaction as agreed. Awaiting payment from someone else is not an excuse for non-payment to another member unless these were the terms prior to the trade.

10. Members are required to pay presented invoices according to terms of quotations regardless of their own internal company regulations or policies of their banks. Should any member have internal company regulations regarding vendor payments that may potentially delay payments to other network members, whether the delays may be foreseen or unforeseen, these internal regulations must be disclosed at the time of, or prior to, the acceptance of any quotations before work commences. Booking of any cargo or work without such notification denotes complete acceptance of the quote as proffered. Acceptance of terms of quotations are final contracts, thus superseding any internal vendor policies whether such policies include applications for credit, vendor registration, banking documentation or other bureaucratic commercial applications or registrations. Conversely, should the quoting party agree in writing prior to booking to accept the other member’s internal policies over their own quotation terms, then the quoting party is deemed to have deferred the payment terms of their quotation.

1. English is the common language of communication between XLP members when writing. All XLP members should have in their office at all times at minimum one person to handle communications who has an internationally acceptable standard of spoken and written English.

3. It is assumed that XLP member’s operations have workable telephones, faxes and e-mail systems. XLP members should, when ever possible, use official company e-mail accounts for business and refrain from free sites such as Hotmail, Yahoo!, etc.

4. Routing orders to XLP members should clearly state that the routing order is from an XLP member. This is in order to avoid confusion.

6. If bilateral agency contracts are required by XLP members as a condition of working with other members, this should be clearly stated in initial quotations to other XLP members.

1. Acknowledgement of all sales leads should be undertaken by next business day latest. This includes leads that the recipient might not be able to accept for whatever reason (reason should be stated).

2. Leads should be followed up and reported to the originating party within five business days. This includes all leads with holding patterns.

2. XLP members may be dismissed at the discretion of the Executive Director for non-conformity with the XLP Standards, Terms and Conditions listed here.

3. XLP members may be dismissed at the discretion of the Executive Director for refusing to quote to or work with other XLP members if they have never worked together.

4. XLP members may be dismissed at the discretion of the Executive Director for non-payment of non-disputed debts to other members.

5. XLP members may be dismissed at the discretion of the Executive Director for non-payment membership subscription fees after two official warnings.

7. Resignation of membership will have an immediate effect if no resignation date is given. If any outstanding debts or invoices are owed to XLP, they are to be settled immediately. There are no refunds of membership dues for resignations.

8. For any AIN Group network member companies who have shareholders, owners, management or otherwise, who have ownership, administration, sales or otherwise management situation in another ostensibly rival logistics network, whether competing directly or not with any AIN Group network, should inform our executive director, director or membership coordinator during the membership process. This includes both for profit or non-profit organizations.

Advocating for other networks within our networks is cause for dismissal. Advocating includes selling, marketing for, introducing for membership or similar activities (as deemed by the AIN Group management). Should AIN Group network members join the rival network, this could be assumed that the member advocated another competing network within our network.

Dismissal in all above cases is without refund.

Disagreements will be kept private and discussed openly only with the parties directly involved and the network directors / coordinators. Publicly airing official or unofficial disputes, making inter-network arguments public, personal or ad hominem attacks will not be tolerated. This pertains to any company member or corporate sponsor of any AIN Group network, personnel or officers working with any AIN Group member company / corporate sponsor or with AIN Group staff.

Included in this regulation is aggressive behavior toward any member company / corporate sponsor, representative thereof or AIN Group staff. Aggressive behavior can include verbal attacks and / or threats (whether oral or written), physical attacks, defamatory or slanderous behavior, lying / misrepresentation, etc.

Defaming by broadcast email, group emails (whether in to, cc or bcc) at any AIN Group sponsored communication tool (such as, but not limited to members only areas of websites, social media profiles / pages / channels, mobile messenger app groups etc. are unacceptable. It is also unacceptable to do so at AIN Group events, conferences, or at AIN Group booths at exhibitions.

Acting in any such way will result in an immediate expulsion from membership without refund. Additionally, spreading and re-broadcasting others’ private disputes by negatively taking part in the reply all, forwarding, etc., said messages will draw a warning from AIN Group. The second time may also result in expulsion from the group. 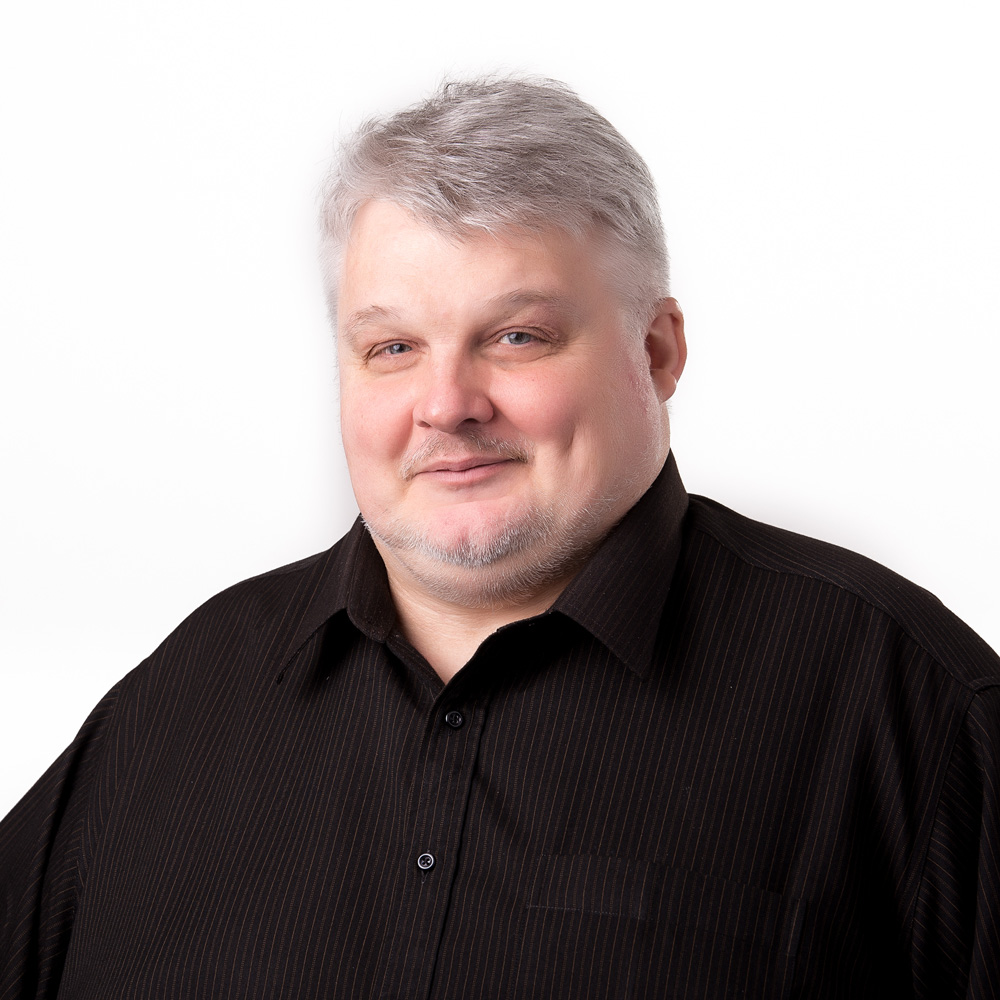 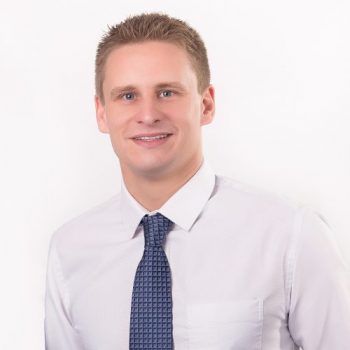 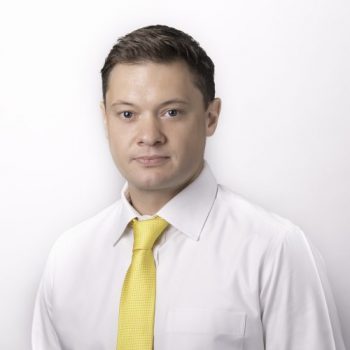 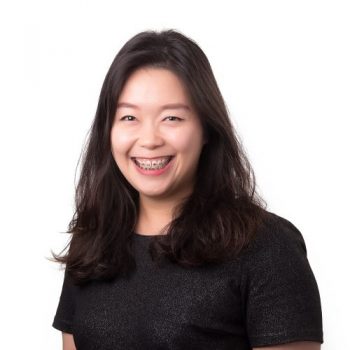 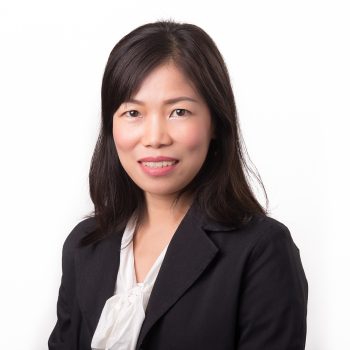 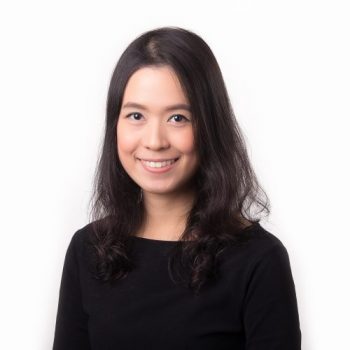 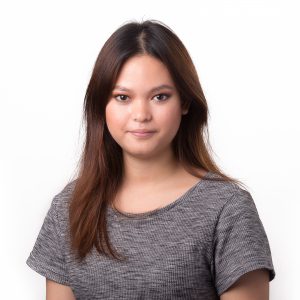