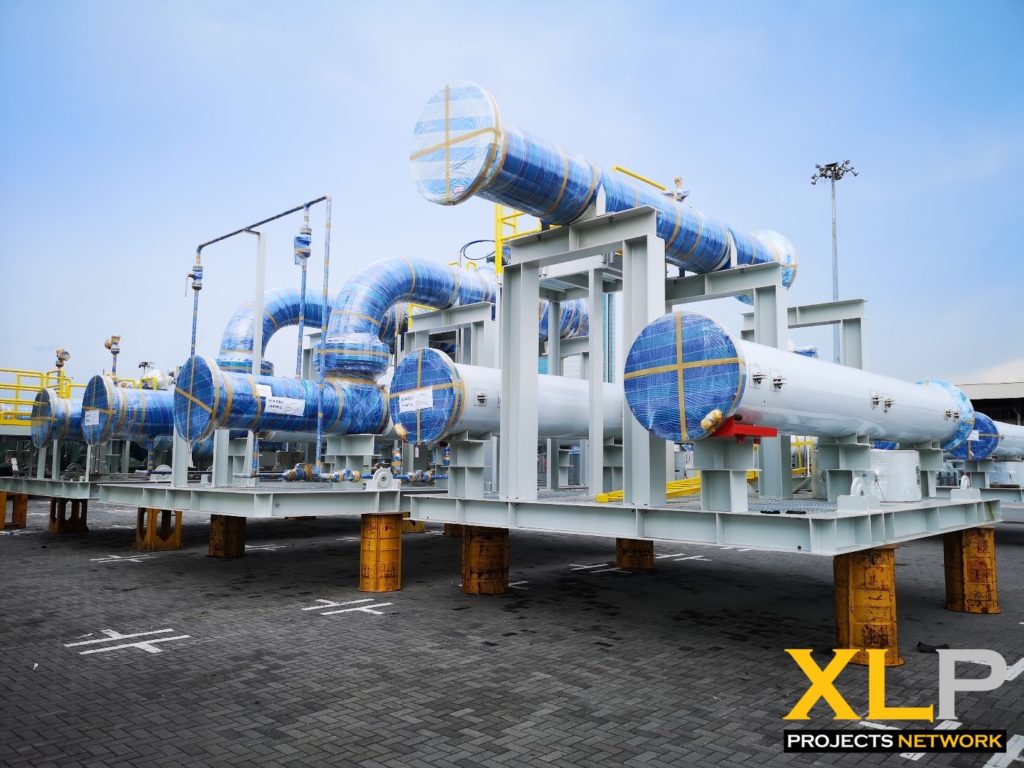 As all skids were fabricated under a closed roof fabrication bay, the loading area was off limits to big capacity mobile cranes, therefore hydraulic jacking and skidding method were used to load half of the total number of skids onto hydraulic multi axle trailers. The remaining half were loaded using an 85t and 55t mobile cranes.

To reduce additional cost and handling time at Port Yard, a total of 90 support stools were used to jack up the said skids during temporary transit.

Upon a mother vessel’s berthing at Westport, Port Klang, all skids were transported to the wharf side and loaded onto a mother vessel in 3 complete shifts. 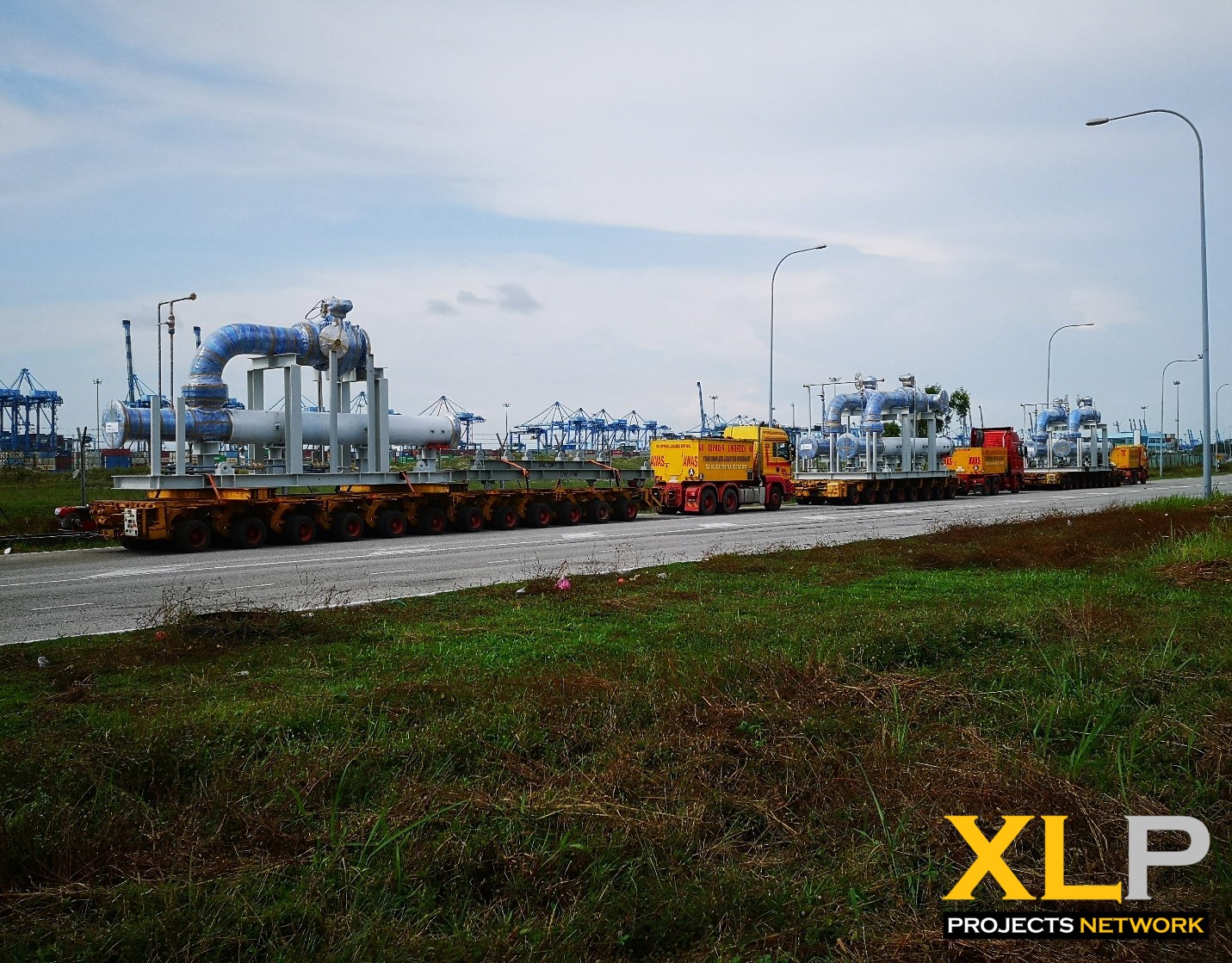 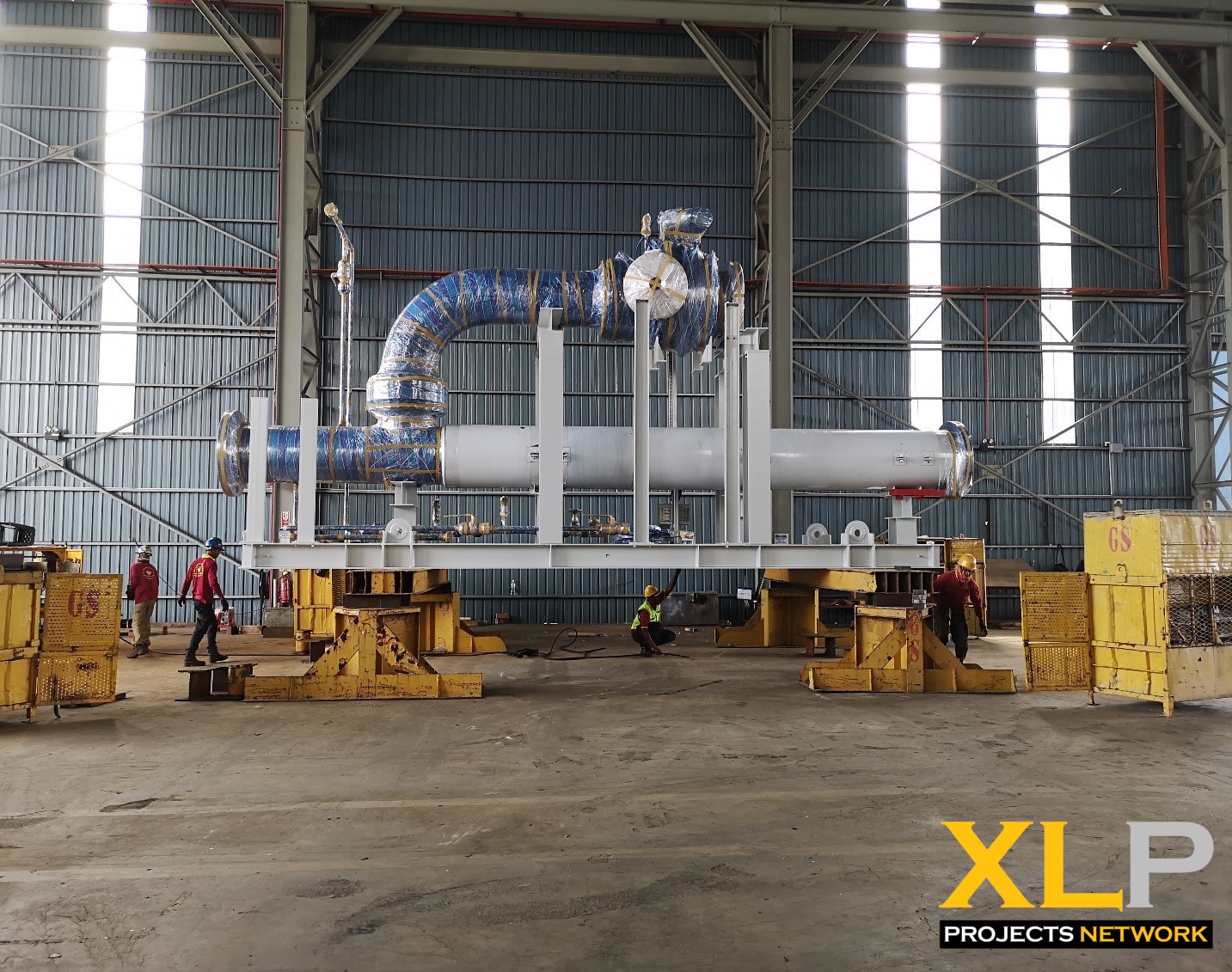 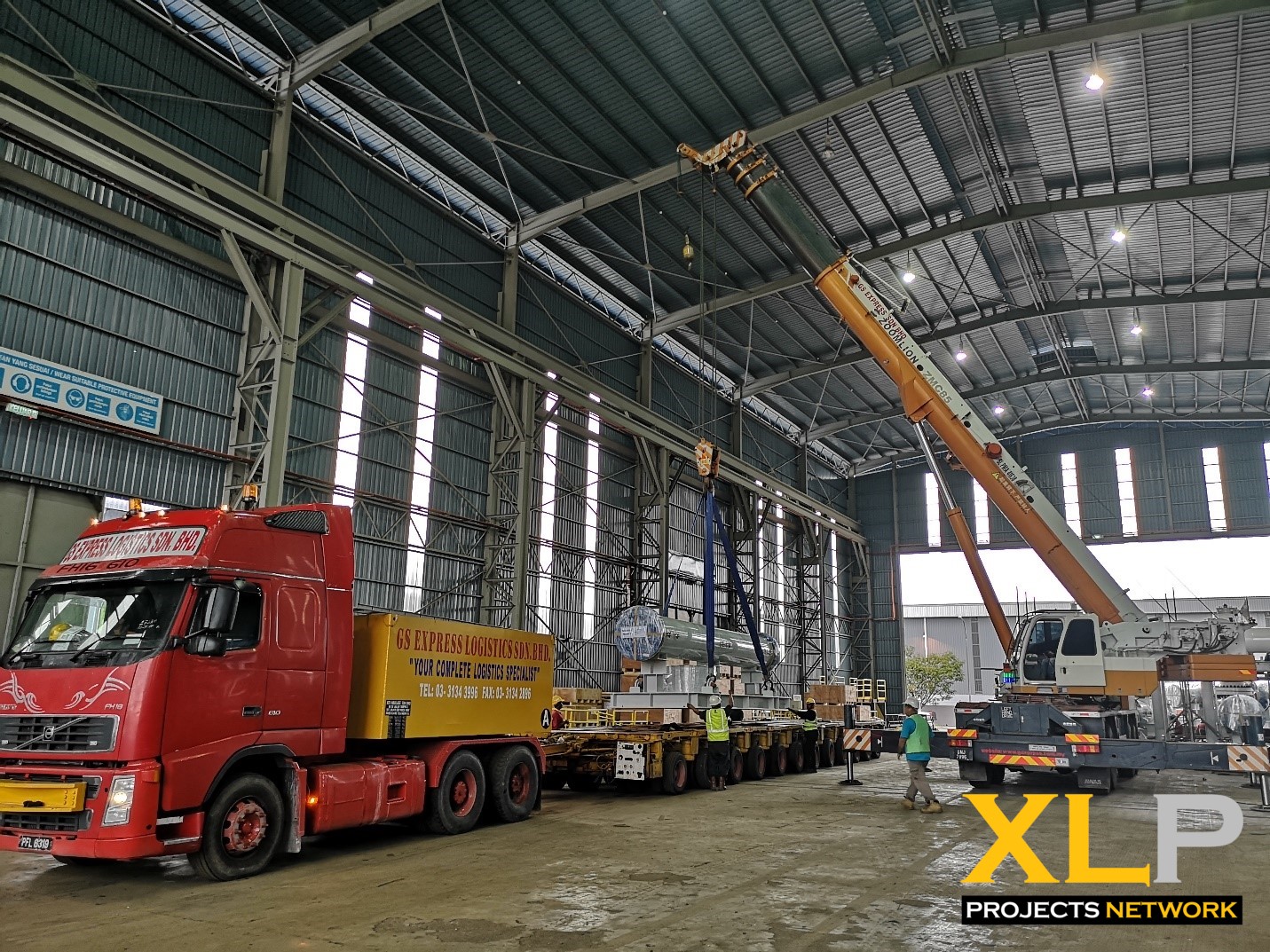