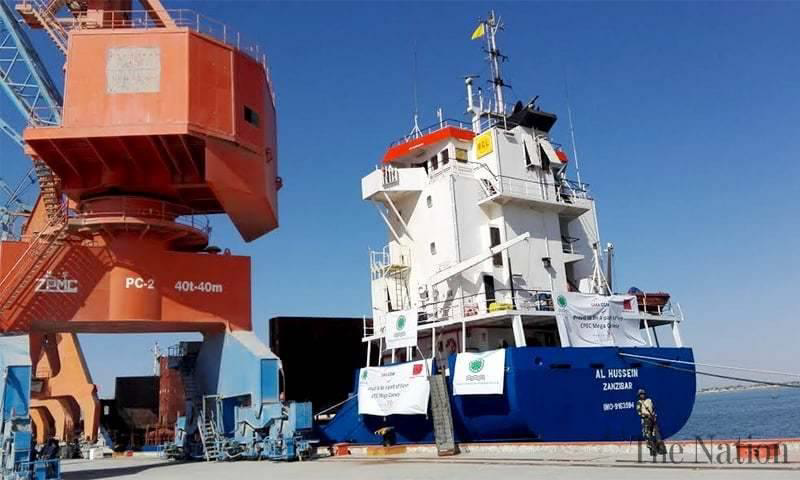 Vessel Al Hussein was chartered by Freight Connection Pakistan (Private) Limited to load the containers at Gwadar port. The containers were transported from Lahore via Eastern CPEC route.

CPEC (China Pakistan Economic Corridor) is a revival of ancient silk route connecting East and West with the shortest land and sea route to the Middle East, Africa, Central Islamic States and Europe; the trade starts from the cold mountainous regions of Himalaya to the warmer Arabian Sea at Gwadar. The overall cost of CPEC project worth 46 billion US dollars will benefit Pakistan, China, Iran, Afghanistan, Middle East, Africa & Central Asian States.

Freight Connection Pakistan was selected as the company to arrange the ship, containers and transport them for the commencement of trade activity at Gwadar Port. It is a milestone for FCPPL being a part of Gwadar’s first mega trade convoy.