Dealextrans LTD have just handled 2 units of 110KVA Power Transformers from China: the main unit of each was 65 tons, accompanied by 20 tons of additional parts per transformer in 2 semi-wagons.

These units were needed for the important upgrade of power station performance, therefore there were very limited transit time requirements.

The final leg was short – just about 10 kms, but preparations took a few weeks, as Dealextrans needed to check all points of the job including the roads and overhead obstacles at city limits.

Also, possibilities to position the cranes for off-loading at both rail stations and the final destination were quite limited. At the rail station, there were many other operations with wagons going nearby, whilst at the power station they were working close to the operational 110KV power lines.

Dealextrans LTD ensured everything was planned properly and carefully, so on the job day operations went smoothly and quickly! 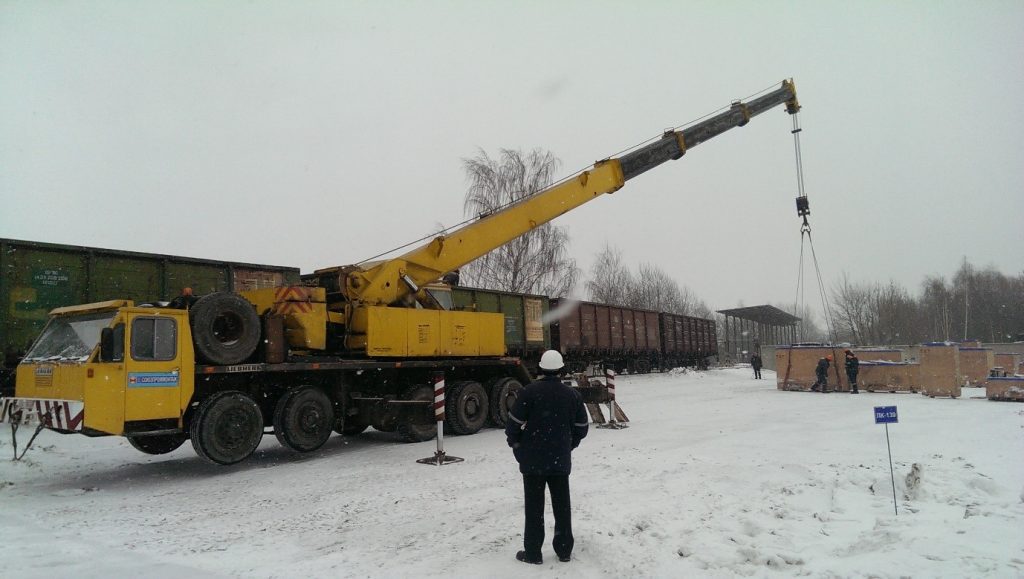