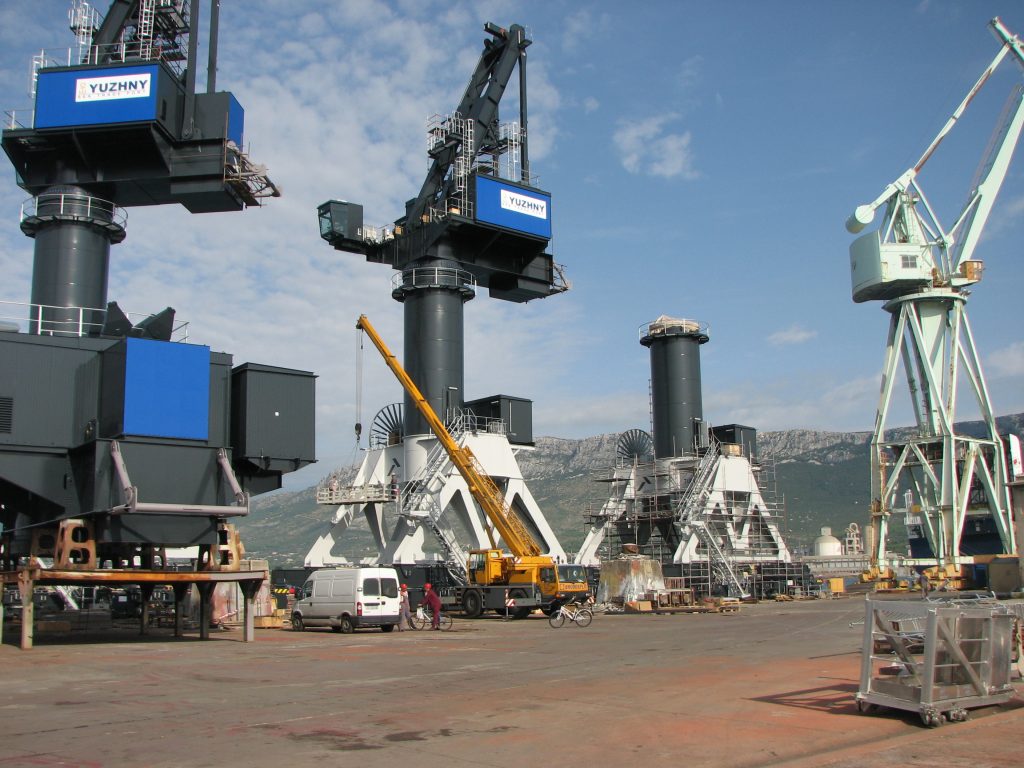 From the beginning, the project seemed very complex – a shallow port of loading, tight budget, the Shipyard where the cranes were manufactured had no experience in preparations for loading of such cargoes. Besides, high COG of the cargo units created stability problems during work of the vessel’s cranes, and the nature of the quay and the basin did not permit roll on – roll off loading. Nevertheless, a solution was found and the cranes were successfully loaded, carried and discharged at the port of destination.

The vessel had to sail with open hatch.

One of the cranes had to be carried in “less than semi-assembled” condition to counter the stability issue, but the Receiver in the port of destination accepted all cranes only semi-assembled (portal + machine house). So the crane was assembled right during discharging. Owing to highly professional performance of the crew of the chartered from Hansa Heavy Lift vessel this task was successfully completed despite of a windy weather. 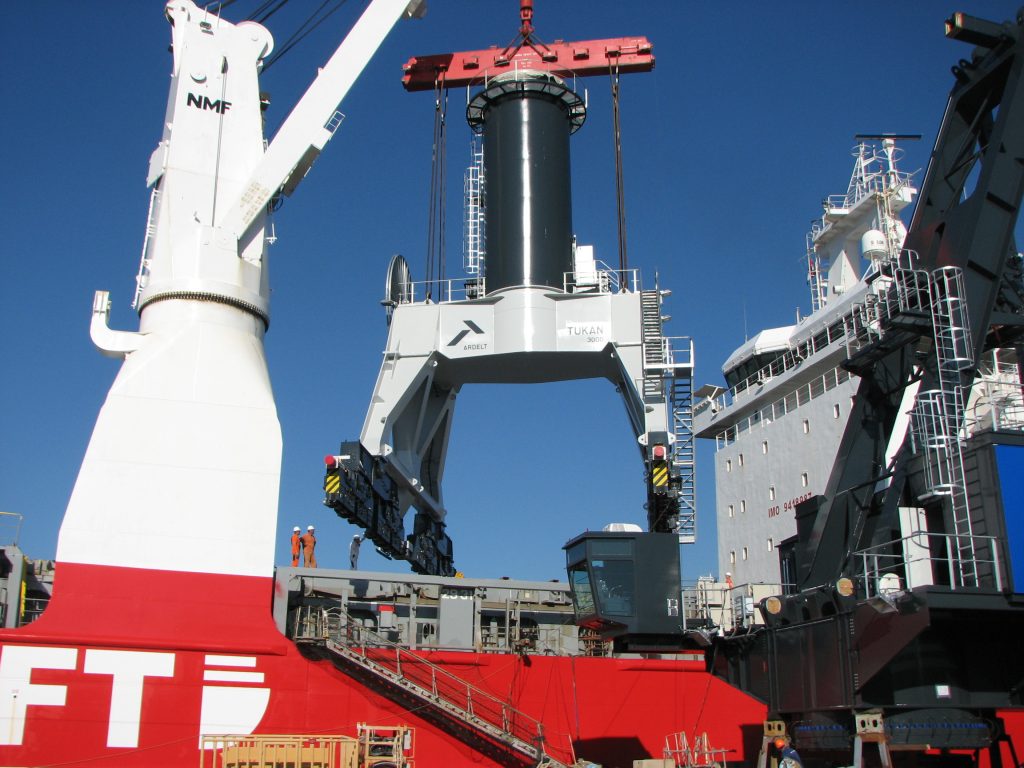 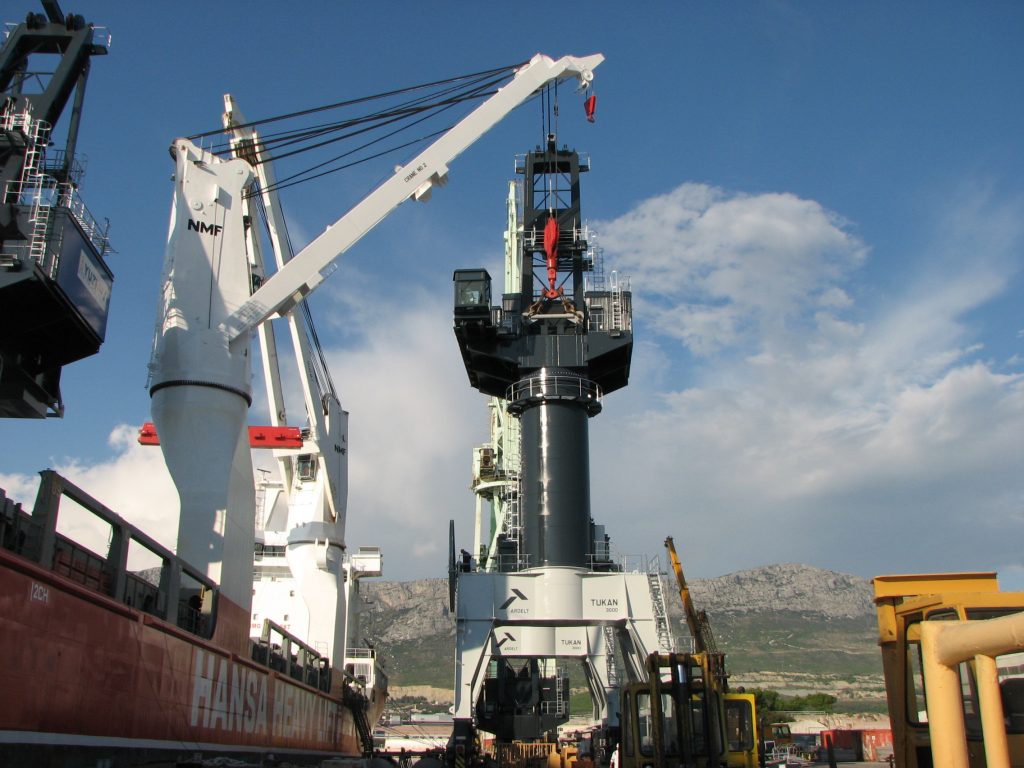 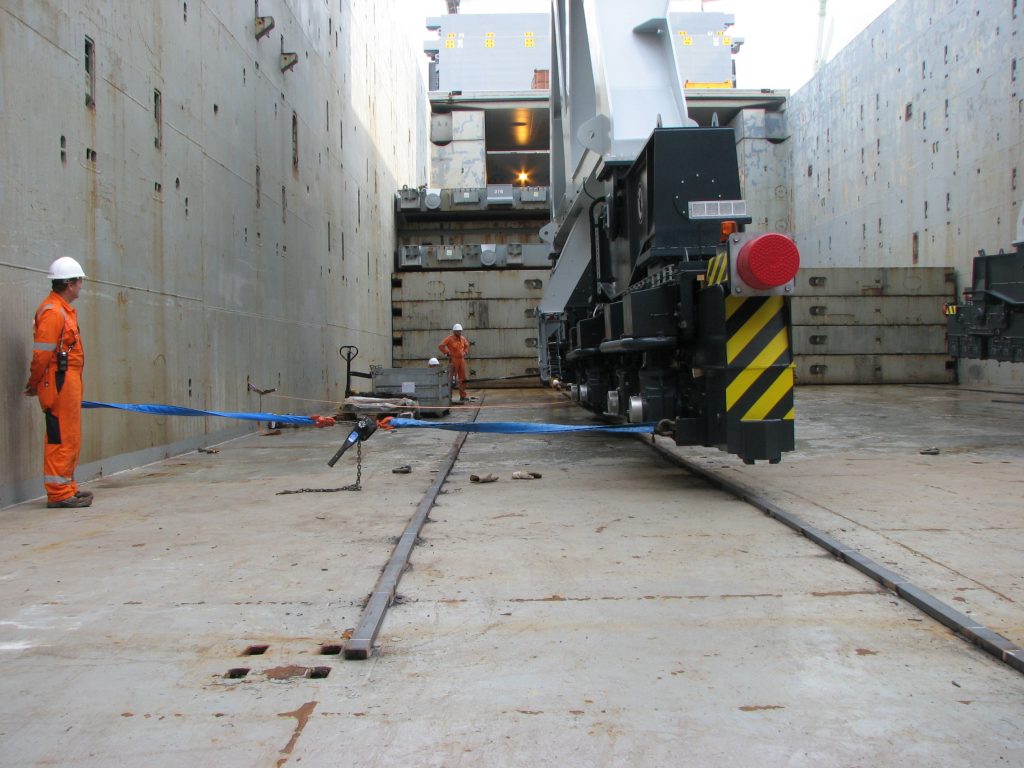 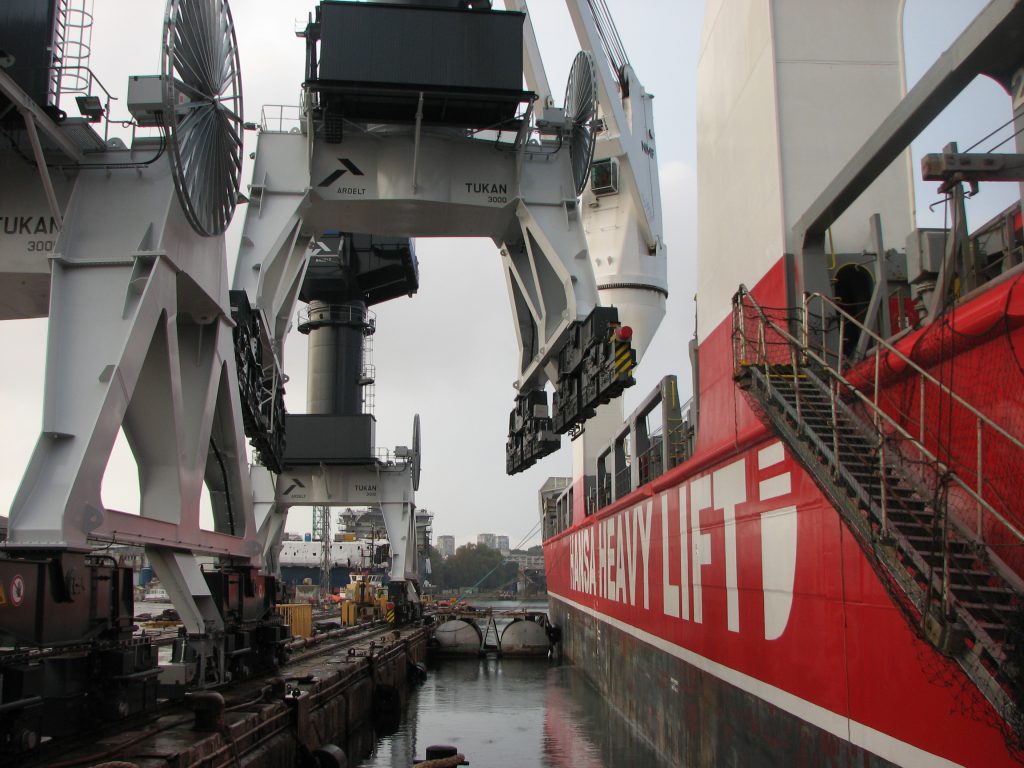 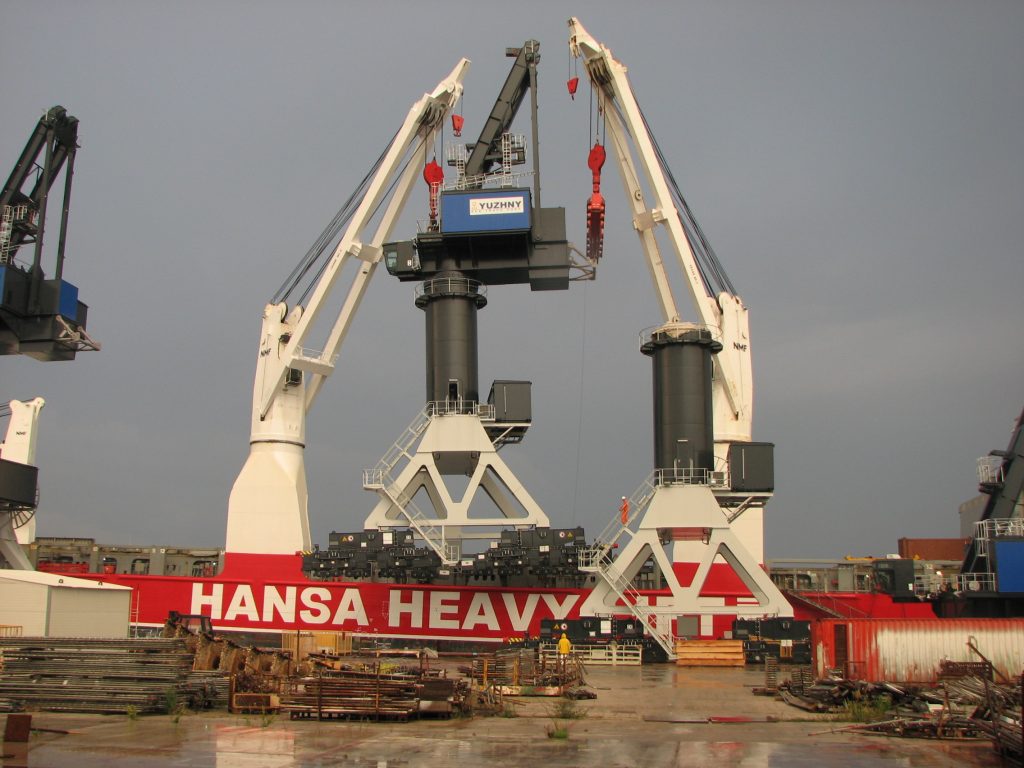