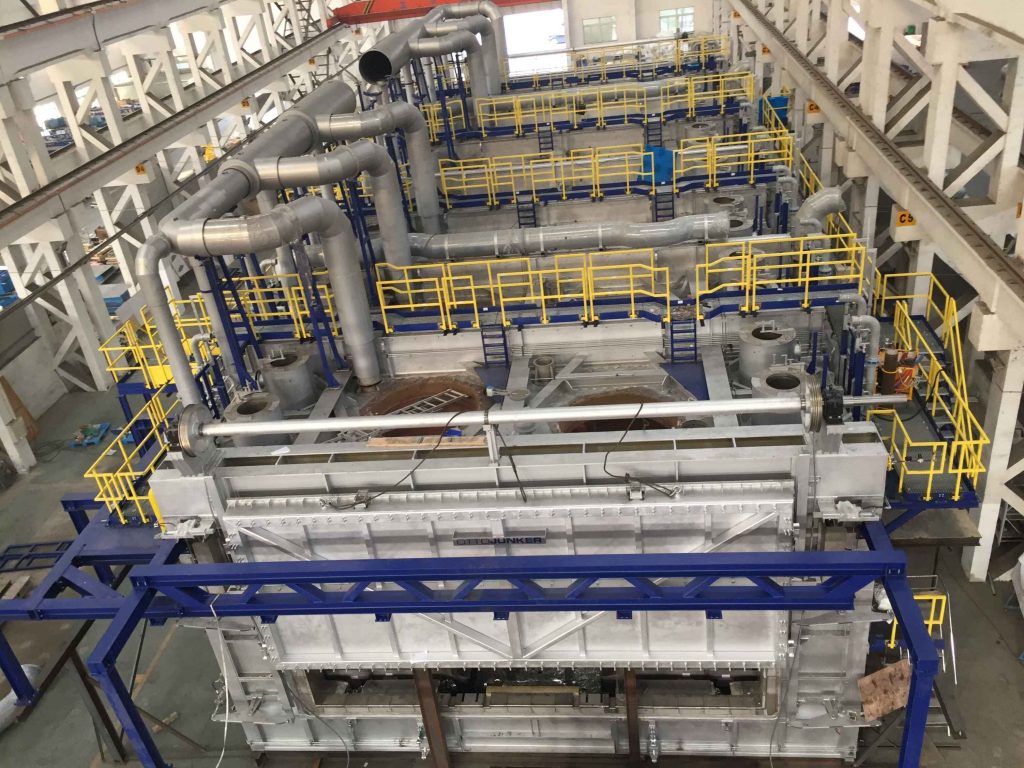 City Union was commissioned by their client, Otto Junker, to successfully execute the thorough transportation of a pushing furnace from the factory in Changshu, China to the job site in Russellville, KY, USA.

City Union’s team still clearly remember the excitement when they first met the huge colossus. As for the project team, it is not only a challenge, but also a chance to prove their team’s principle efficiency.

As per the transport condition around the factory and the job site at the terminal place, City Union agreed that it was impossible to execute rolling transportation in module type.

City Union consulted and communicated with the engineer and logistic teams, coming to a decision to synthesize each kind of situation and decide upon the optimal scheme. City Union had to take control over the transport cost and meet the delivery date whilst considering the support by the logistic situation and the road permits in China and the USA. City Union thus decided to disassemble the furnace and hire the professional packaging team to package those furnace parts according to the German standard, which would ensure the furnace parts had good performance after being transported a long distance.

The huge furnace was divided into 154 parts and based on the different features of those parts and the logistic situation, they adopted three different schemes to transport the furnace.

The dimensions and weights of those big furnace parts:

Due to the shortages of bulk shipping, its irregular and long-term voyage could have missed the delivery date. Based on that they finally chose the container ship to carry those break bulks. They adopted the split hoisting at the loading and terminal port so that they could make sure the big furnace parts reached the job site. City Union delivered the 8 break bulk cases within 35 days from door to door.

For the disassembly and encasement of this cargo, City Union paved moisture-proof pads under the furnace parts. For avoiding the breaking of moisture-proof pads and damages of goods, they came up with a good idea to utilize a tennis ball to buffer the friction. 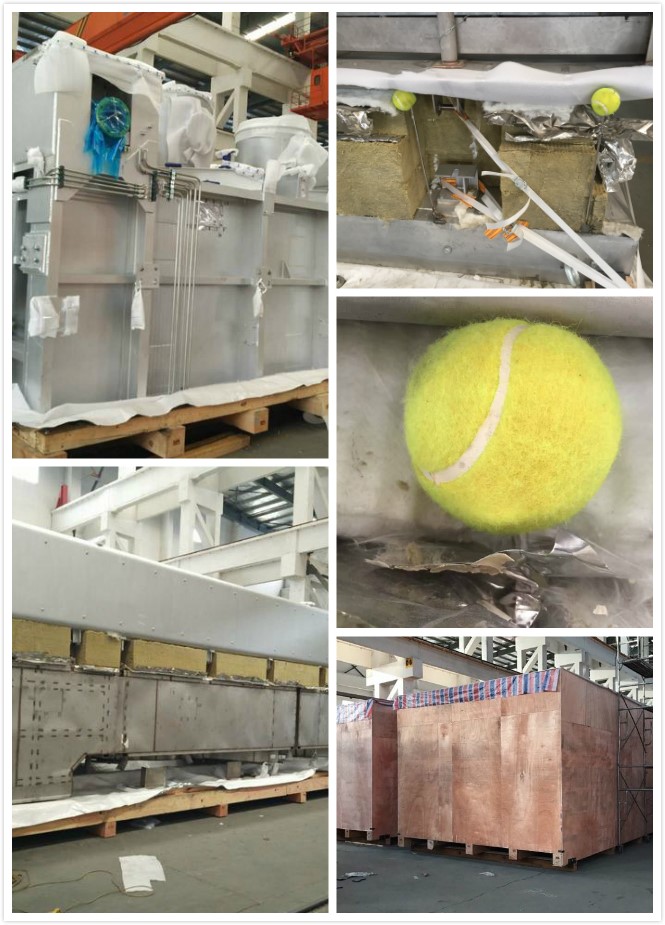 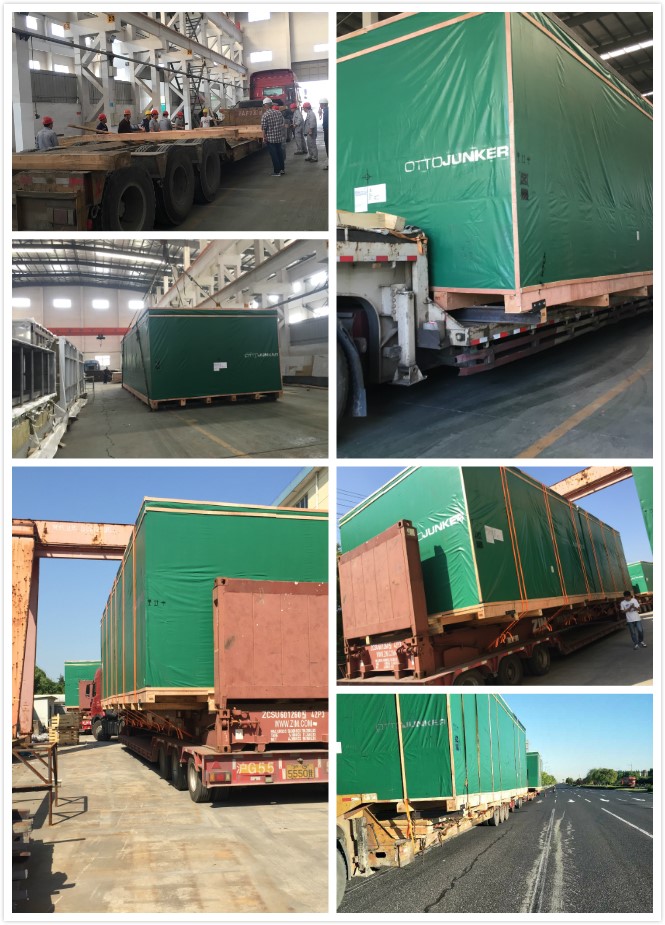 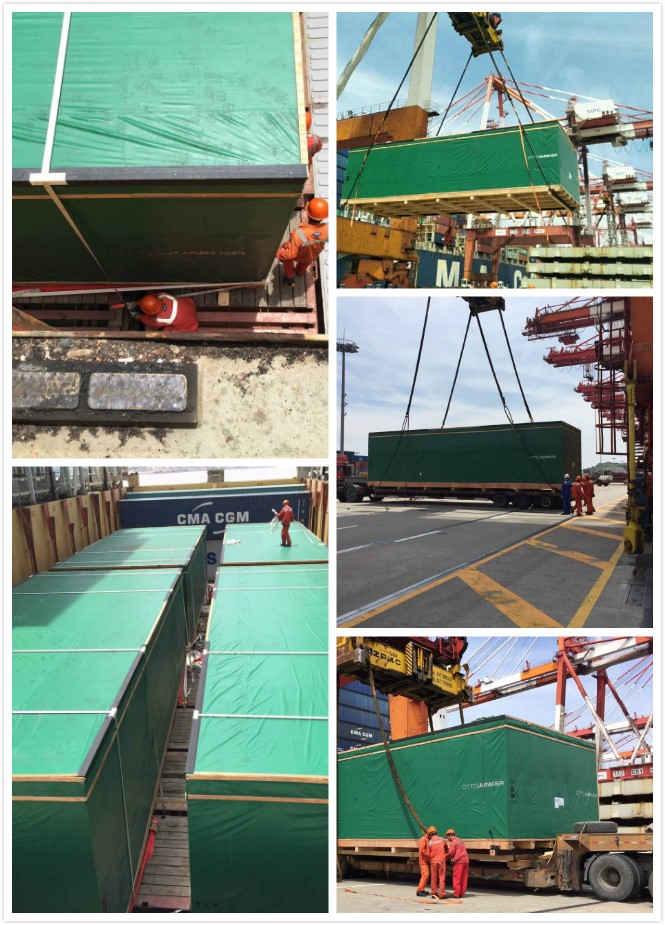 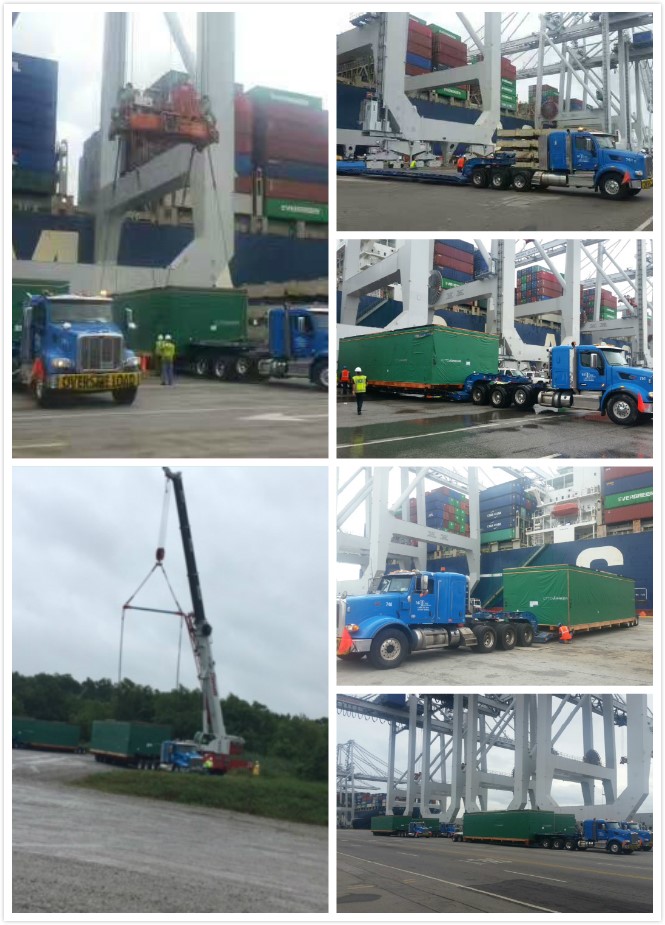 The cargo arrived in Savannah and Russellville