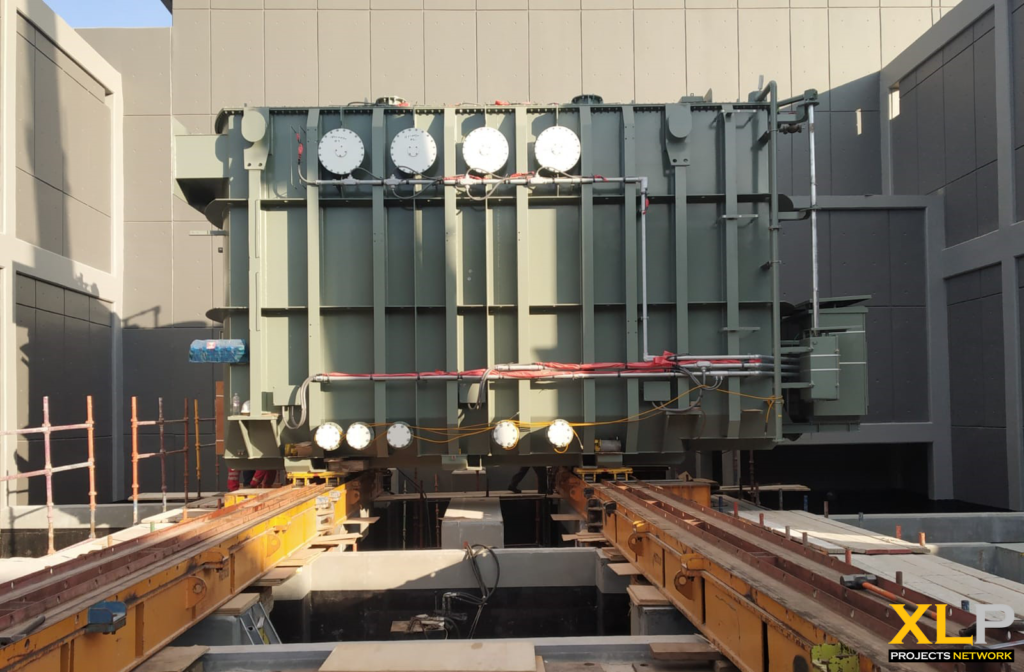 Al-Rashed’s scope of work included receiving and delivery of Shunt Reactors and all general accessories from Shuaiba port and delivery to the Mutla Sub Station sites (1Z, 2Z and 3Z) as well as the Jacking & Skidding Operations of 300MVA transformers which includes placing & aligning the transformers on foundation as per client’s requirement and specifications. The shipments arrived on 3 different vessels from November 2019 to January 2020, where Al-Rashed was also the appointed vessel agent for all 3 voyages.

The first step in the jacking and cribbing procedure is to set up a safe jacking arrangement. This arrangement consists of two cribbing piles and two identical, hydraulically interconnected (hydraulically interconnected jacks are jacks that share a common hydraulic supply line from a single hydraulic manifold and pumping unit in a configuration so that the lifting pressure in both jacks is always equal) jacks placed at one end of the piece of transformer at the manufacturer-approved equipment support points.

The cribbing piles at the jacking end provide safety in the event that the hydraulic jacks fail to support the load. These piles will also support the load when the jacks are not used or removed. The other end of the equipment rests hard on cribbing to provide stability. This is very important because it prevents the load from rolling during jacking. This arrangement provides predictable loads in the jacks and at the cribbing points and prevents two-pointing. During the jacking operation, the cribbing piles adjacent to the jacks should be continuously shimmed to minimize the distance that the load will settle in the event that a jack fails.

The next step is to extend the two interconnected jacks high enough to install the cribbing layer. The jacks will extend equally because the opposite end is resting hard against its cribbing. Install the layer of cribbing under the jacked end. Shim the cribbing tight with steel shims or hardwood. Next, slowly release the pressure in both jacks using a common needle type valve.

Moving a transformer by skidding requires services and equipment which can be supplied only by an experienced heavy equipment moving contractor.

If lifting by crane is impractical, the transformer can be moved along the ground by Skidding on greased rail beam Moving transformer along the railway involves four distinct steps

b) Moving the Transformer from the multi axle to the railway.

c) Skidding along the railway. 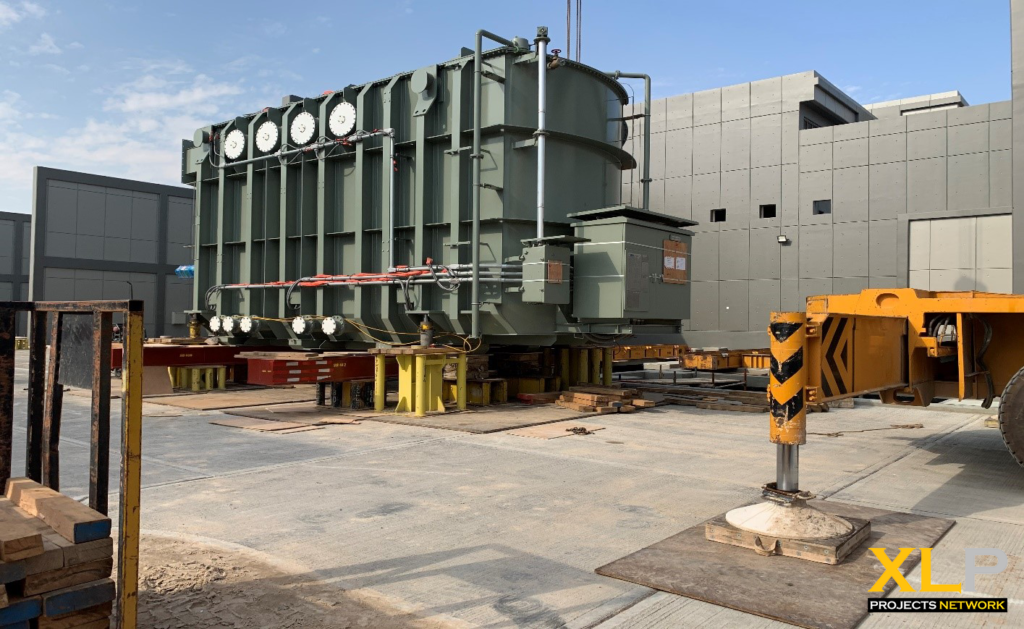 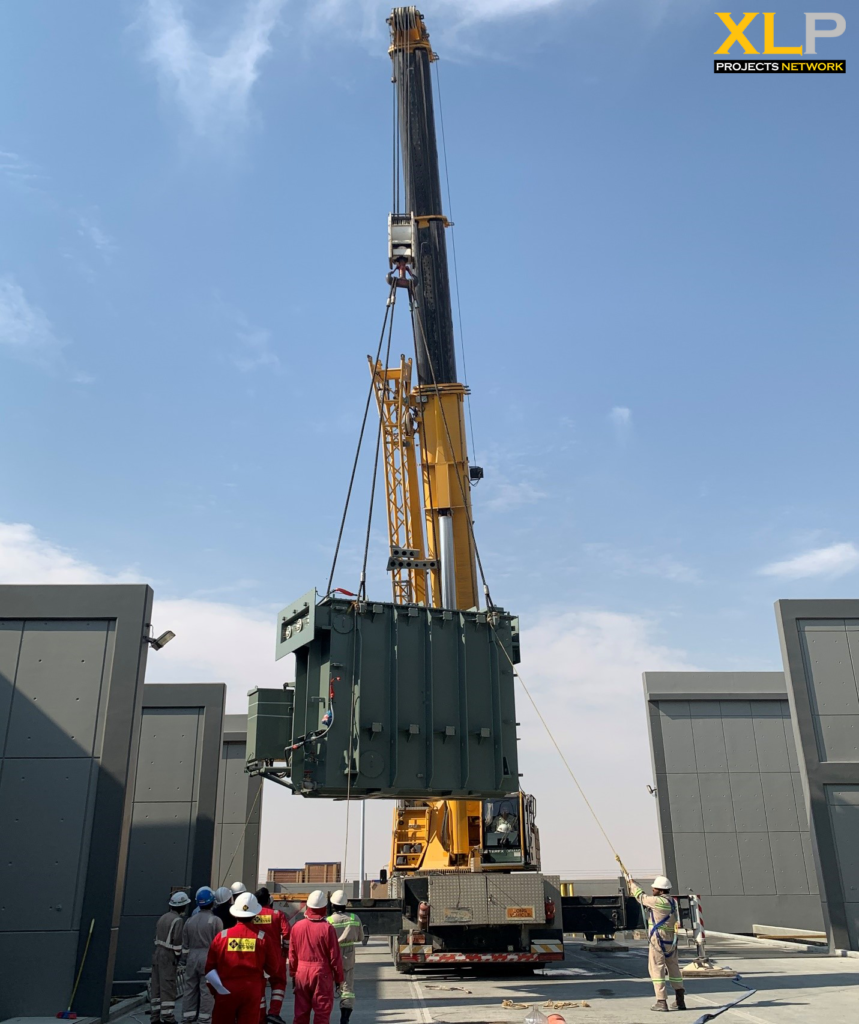