What do you want for nothing? A freight network membership? 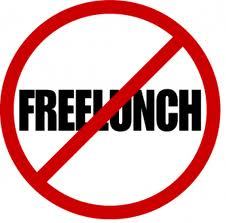 What do you want for nothing? A freight network membership?

We are constantly approached by logistics companies who would like to join our group but they have an amazing offer for us that generally goes something like this:

“Give us the first year free so we can see if we like it and help us to grow into the group.”

*Sometimes they want to get only the six months but that’s just a variation of the same thought.

So have you seen what is wrong with this ‘offer’? That’s it! This is a one way street. The network and the network members virtually never make out on such a deal. Quite often the companies who come to us with this idea will try to sell it to us by telling us how well known they are in their local market, how experienced they are and how they’d make the perfect member. Without any commitment from their side, that is.

In the past early days of the network when trying to make it grow we fell into this trap a time or two and do you know what we found out? We found out that:

These companies challenge us to give them the benefit of the doubt in good faith. I’ve learned that if people who want good faith need to provide it themselves, otherwise they should go to church to look for it. And though we have our own expenses to run, (we have to pay for our staff, our rent, etc., like everyone else), the main reason we don’t cut such deals is that we don’t want anyone who is not committed to being a part of the group. If you are not committed to the group how do we trust you will reciprocate business, come to the meeting and pay the debts that you owe to other members? Good faith again? I think not. How you pay your membership dues is quite frankly the best judgment we have of how you are going to treat the other members. This is a bit of a gold standard with us. So I believe it is clear where we stand on this issue.

Something for nothing always means someone gets nothing. Without commitment there is no partnership. And a network without partnerships is a ‘no go’ from the very beginning.