Taking it seriously: It’s all about money! 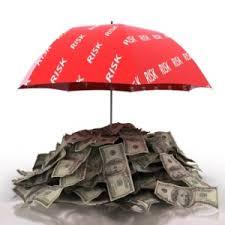 Taking it seriously: It’s all about money!

We are tightening up the screws a bit in our networks and the main reason is that nothing is a constant.

When we take members on we do this after conducting as thorough a background check as we can. This includes looking into the teeth of the horse, you might say. Of course we look at a company’s sales activities, communications standards and operational capabilities but the one area that we really do our best to sew up tightly is the financial aspects. This draws the most attention and the most ire from other members, as it well should. But one thing that is for certain, when we take on members we aren’t sitting in their driver’s seat. We do keep our collective ears to the ground but from time to time members still will go wobbily. And guess where this almost always happens… You got it. On the financial side of the house.

Lots of circumstances can, and do, negatively affect freight forwarders periodically. Sometimes it is a downturn in the economy. Sometimes it is non-payment of a major client. It could be a lawsuit. Or it could simply be an overall shakiness, too many leaks in the boat that brings down the house. When this happens we need to know. And we need to protect other members. We always take action if one member is reported by another member for non-payment. The company with the bad report will go on probabtion until the matter is settled. The process is necessarily cumbersome to make sure that both parties are treated fairly. Sometimes such issues stem from a dispute. Often though this is a symptom of the debtor’s internal problems. When taking up these matters we carefully follow the steps laid out in our financial protection program which every member has.

This is the way we have taken care of reports ever since we have had the financial protection program. Now we are extending this a bit further to include the following cases:

Should either of these cases come up the member will be on a probationary status (during which time they enjoy no more financial coverage) and will have thirty days to clear their name by settling their debt or proving that they have a legitimate counter claim. In such case as a counter claim and that they are actively working to have it resolved, if there is a difference owed by their side this matter should be cleared.

I know that there will be arguments that reports from outside the network shouldn’t affect your financial standing within the network – only dealings with other network members should come to play. However I think that it is the hit dog that always hollers; I expect this argument from the party being claimed against.