Share Projects recently completed an interesting job in shipping a cable reel with measurements of 410 x 350 x 360 cm and weighing 46 tons. The cargo was shipped from Trieste, Italy to MXP airport where it was loaded on a AN-124 for export to GIG airport in Rio de Janeiro, Brazil. 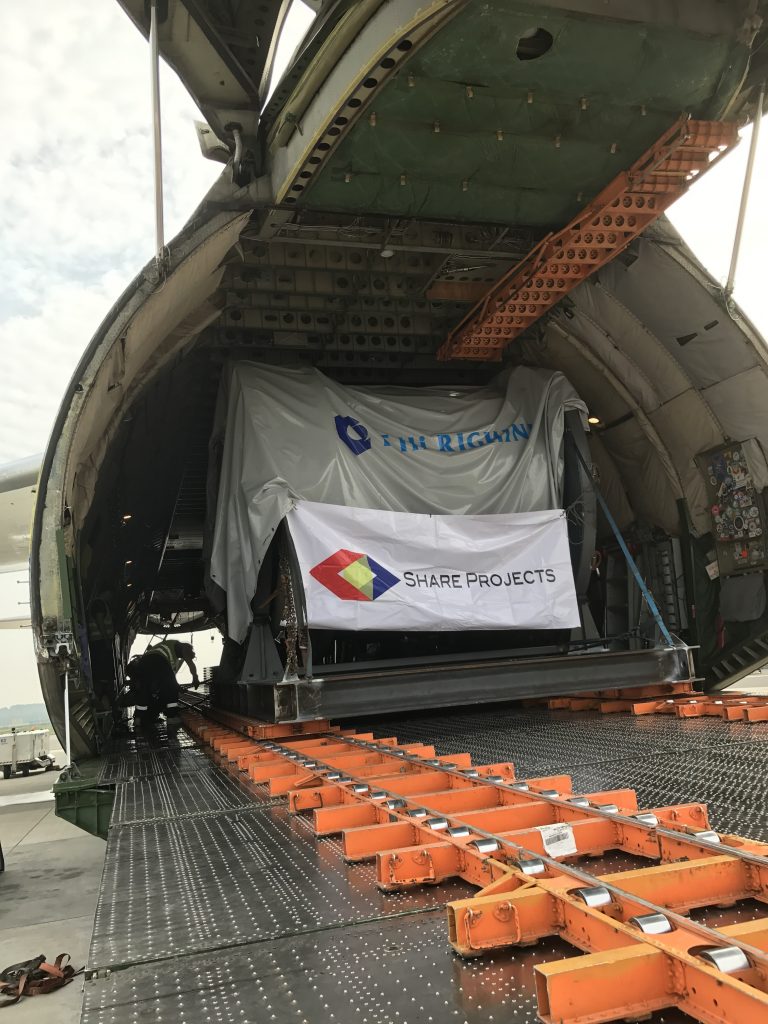 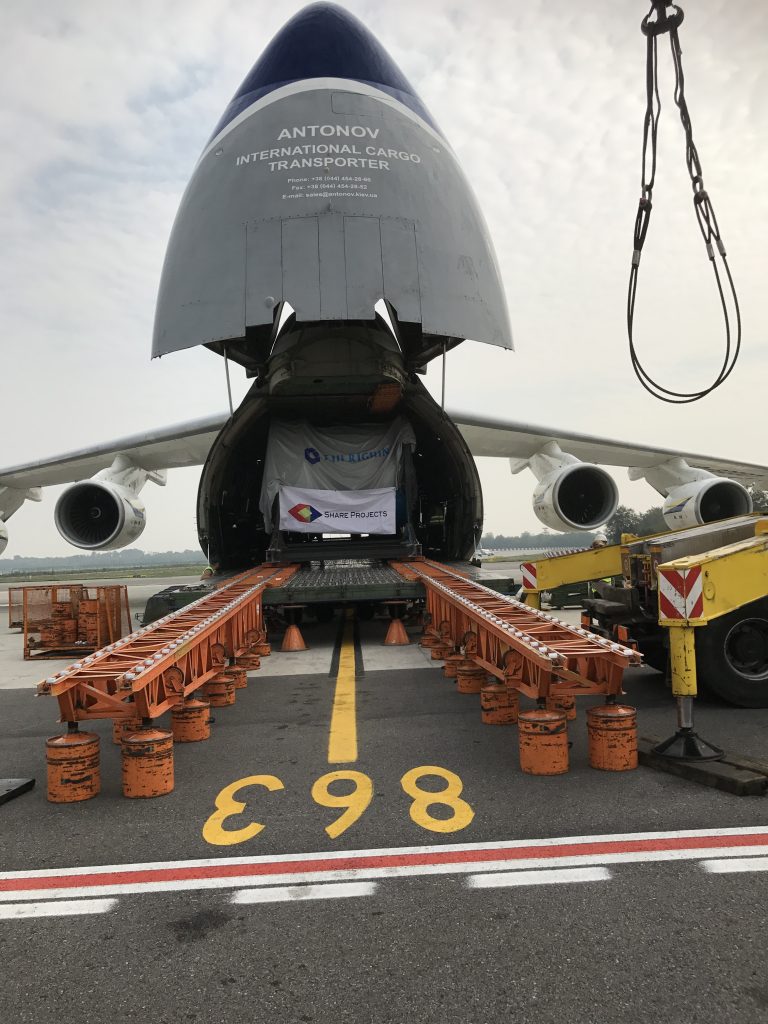