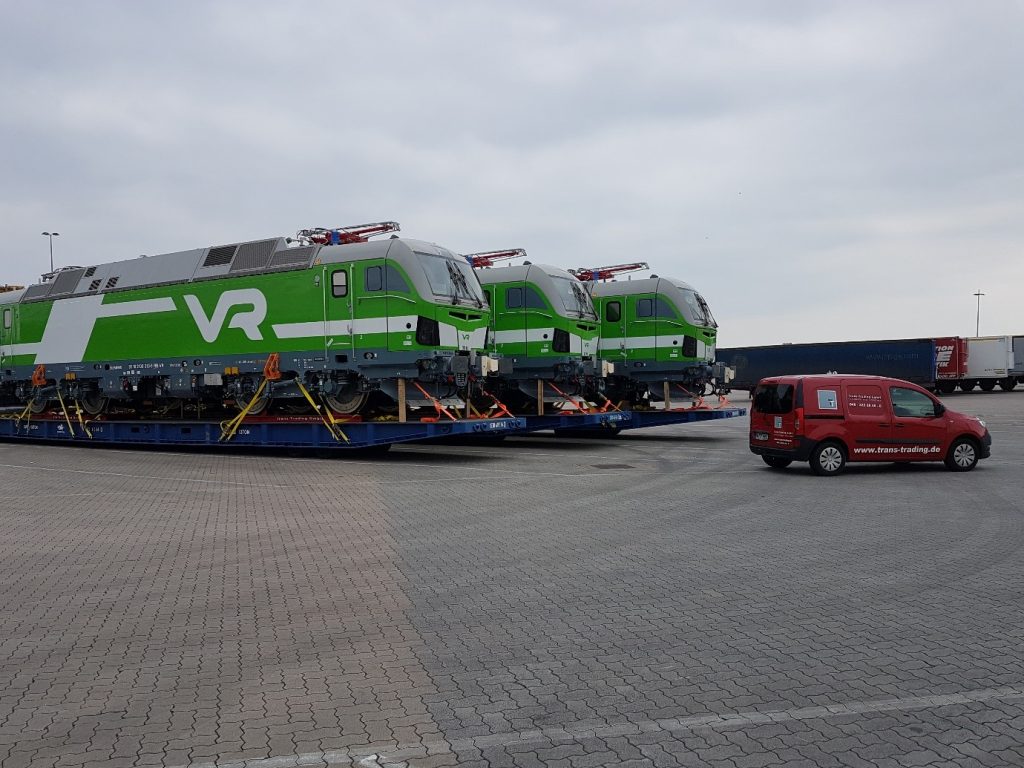 The fleet of the Finnish State Railways (VR) will receive further Locomotives. On behalf of Trans-Trading Hamburg, the Lübeck Port Company (LHG) has recently refitted three Vectron locomotives, each one 90 tons in weight and 19,044 x 3,046 x 44,00 mm in dimensions. In total, eleven of those heavyweights will be shipped by rail and sea to Finland in 2018.

The three locomotives have travelled “on their own axles” from the Bavarian plant in Munich to the Seelandkai terminal, where they were prepared for the ocean transport to Hanko/Finland.

“Loading of these heavyweights is something very special,” Uwe Wolter and Jens von Beuningen, Port Manager and Project Manager for general cargo / heavy cargo at Trans-Trading expressively point out. “The securing of the locomotives on the roll trailer is very demanding and ambitious, but due to many years of experience and know-how, all work can be carried out appropriately and according to the regulations.”