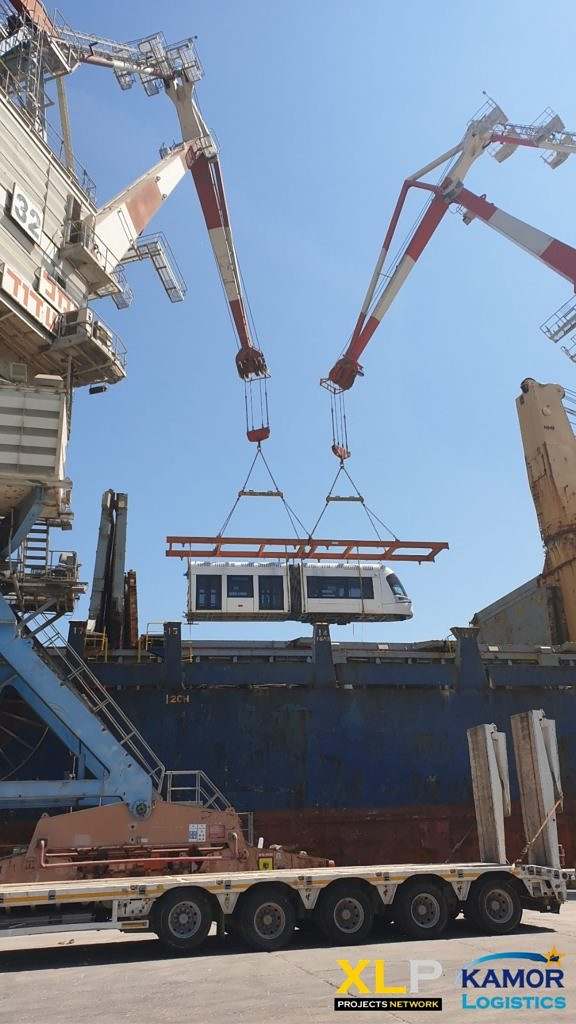 Kamor Logistics completed another delivery of Light Railway Vehicles modules for the Tel Aviv Light Railway project, the ‘Red line’. Twelve modules to be coupled into six cars have arrived at the end of July 2020 onboard M/V Yu Rong from Tianjin, China to Ashdod, Israel.

Kamor Logistics discharged the units onto low-bed extendable trailers and deliver them to the project’s main Depot, which was 50 km from the Port. At the site, the units were discharged using a Hydraulic 200 mts SWL crane and coupled on the rails. The completed cars where then shunted to storage by the receivers, allowing for the next car to be assembled. This consignment was the 4th in the last 9 months, and in total Kamor Logistics has so far handled the safe delivery of 16 out of the contracted 90 cars. 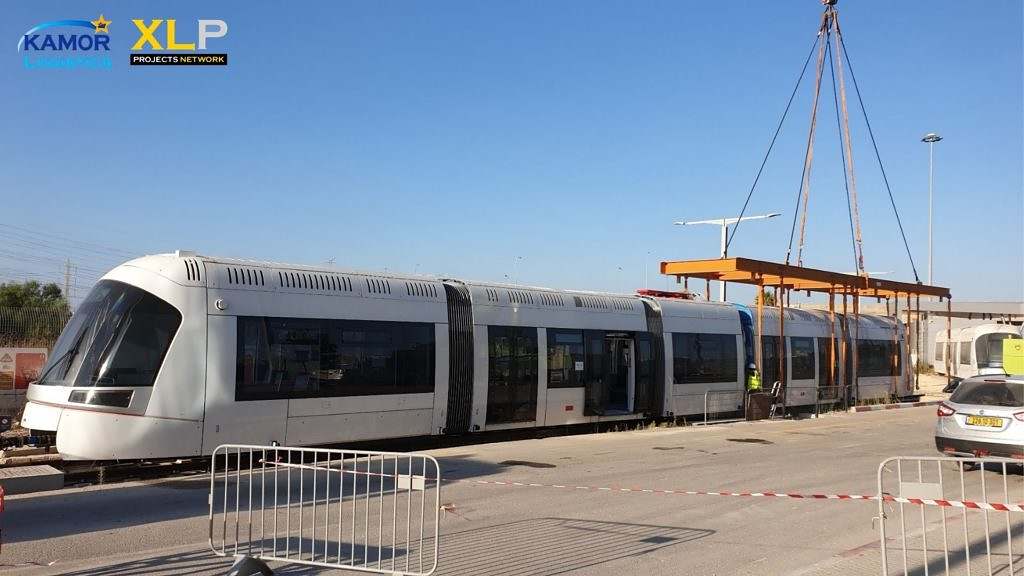 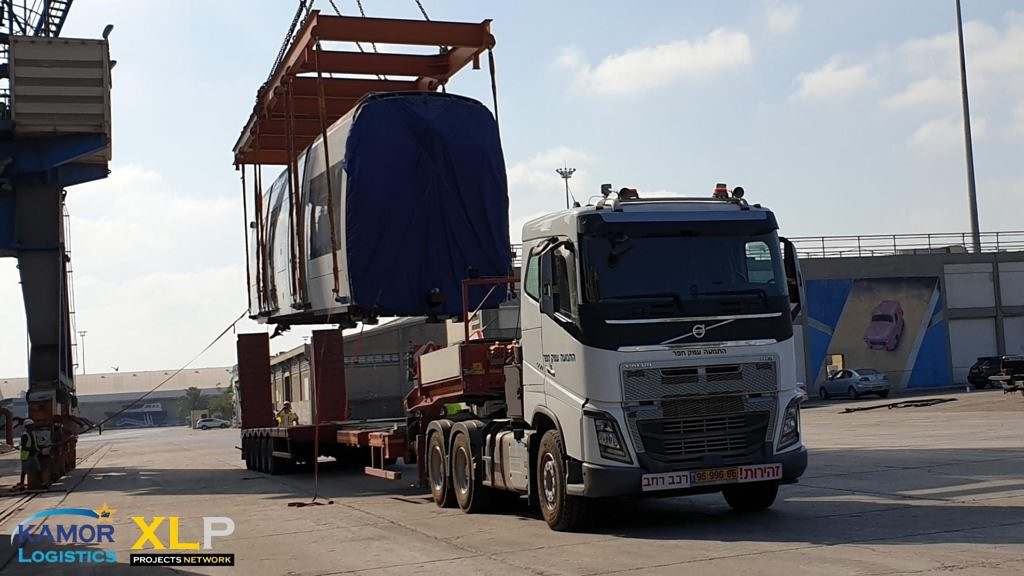