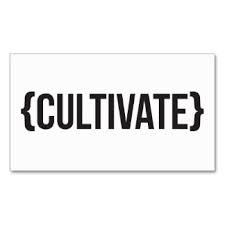 Many business people will work very hard to build a network and wonder why it doesn’t give much juice to their business. I have seen this time and time again and in most cases it is simply because they don’t take ownership of their group.

When you go to networking functions you sell yourself. You get contact details. Come come back home and process this new contacts. You send them a follow up mail but then what? You watch nothing happen. This perplexes many people and often causes them to believe that networking is a waste of money. But they are wrong. It is not the investment in networking that is the waste of time and money. It is treating your contacts like contacts and not taking ownership of your network that is the super waste here. To take ownership of the network you have to treat them the way you would treat friends and family you want around you. You need to keep in touch. You need to communicate. And with that you need to expand on the network as well.

I would like to give some examples of what I am talking about.

Business pipelines are like farmers fields. A good farmer knows before you can harvest your crop you have to clear the field, plow the field, plant the seeds, weed the crop and water the crop. If you simply plant the seed some crop might eventually get harvested but it won’t be high quality. It the harvesting will be very difficult. Networking is exactly the same. Meeting someone at a networking event or an annual conference is pressing the flesh, which in and of itself cannot be overstated. But you cannot hope to actually deserve business from these people if you only see them at one event. You need to keep lines of communication open with them. You need to keep them aware of what you have been doing and what achievements that you and your company have been making. Then they will think of you when they need business.

And further to keeping people thinking about you I’m reminded of the lines of a famous song by Dr. John “if I don’t do it somebody else will…” Yes, not everyone goes home from the dance with the one who brought them. You need to maintain the communication for the simple fact that out of sight means out of mind. You may have met with someone at your group’s annual general meeting three years in a row but if you took the attitude that there’s not much I’ll be able to do with this company so I won’t focus on them then they won’t focus on you. If they need business in your area and they were contacted by your competitor two days ago it doesn’t matter that they have already seen you three years running. If you haven’t kept up the relationship in the down time between meetings then you haven’t taken your network partners out of the game of musical chairs yet and you have allowed your competition to just jumped in your seat. It happens all the time to companies who aren’t taking care of business. And if you have been in business for at least one year I would lay odds that not only have you done this to someone else but others will have done it to you too. In this way continual networking is a defense. Hold your turf!

There is an old adage that goes some this like this  – when you are standing still you are actually falling behind. Networks actually work better when you continue to build on the network. There are a few reasons for this. First of all, your connections get stronger when they have mutual connections. More opportunities grow from multiple connections. More introductions come your way. More chances to serve and to be compensated. If you put a consistent effort you will eventually hit a critical mass and will get so much more for your return. Keep this in perspective though. Don’t fall into the trap to think that networking should be all about getting new contacts and meeting new people all the time. That is a near fatal trap that I believe the majority of business people fall into. You need to think more marketing when networking than sales. You need to think farmer, not hunter. Focus your energy in thirds. One third for meeting potentially new partners. One third for meeting with old partners and long-term friends. And one third you should cultivate potential partners who you have met before but the timing just hasn’t been right. Focusing on only new contacts and looking for new partners and agents all the time is like building a company with lots and lots of sales but not much in customer service and operations. You’d be doomed to eternal wheel spinning.