How paying it forward will create more cargo and profit for you! 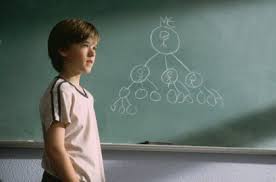 How paying it forward will create more cargo and profit for you!

Over the past weekend a friend of mine brought up the movie ‘Pay It Forward’ to me, basically listing it as one of his favorite all time movies. He told me that it wasn’t the acting, directing or screen writing that made this movie a classic. It was the entire premise of the story. I had to smile to myself because several months back I had been already thinking about how this works in the logistics networking world. So I will take the opportunity to discuss it here.

We all know that our markets are different. Some are inbound and some are outbound and some have a good balance. And because of this international logistics companies, unless they are working in a very strict niche, will almost invariably be working with agents around the world whose local target markets won’t resemble their own target markets. This sometimes makes it difficult to return cargo in kind to cargo that you’ve been nominated on. But for freight relationships to work out the business can’t come all from one side. This is, however, one way that being a member of a network helps you to get business you normally wouldn’t see.

As long as members of a network are operating within the network on good faith then the cargo you received will be paid forward by companies who are using their preferred network agents. And this same thing happens when you give cargo to another member of the network. Reciprocity can sometimes be hard to achieve on the micro bilateral level but if you see the macro view, not the view from the ground the the view from the eagle’s eye, then you will see a large circulation of cargo to which the majority of members are benefiting. Networks aren’t static systems. They are more frenetic but what goes around does come around.

And by the same token, the vast majority of all who say that they received nothing from the network cannot answer positively to the following questions:

Think about your own situation in the network and how it is going for you now. Have you been paying it forward? If not, then you have a big clue as to why you aren’t receiving anything.