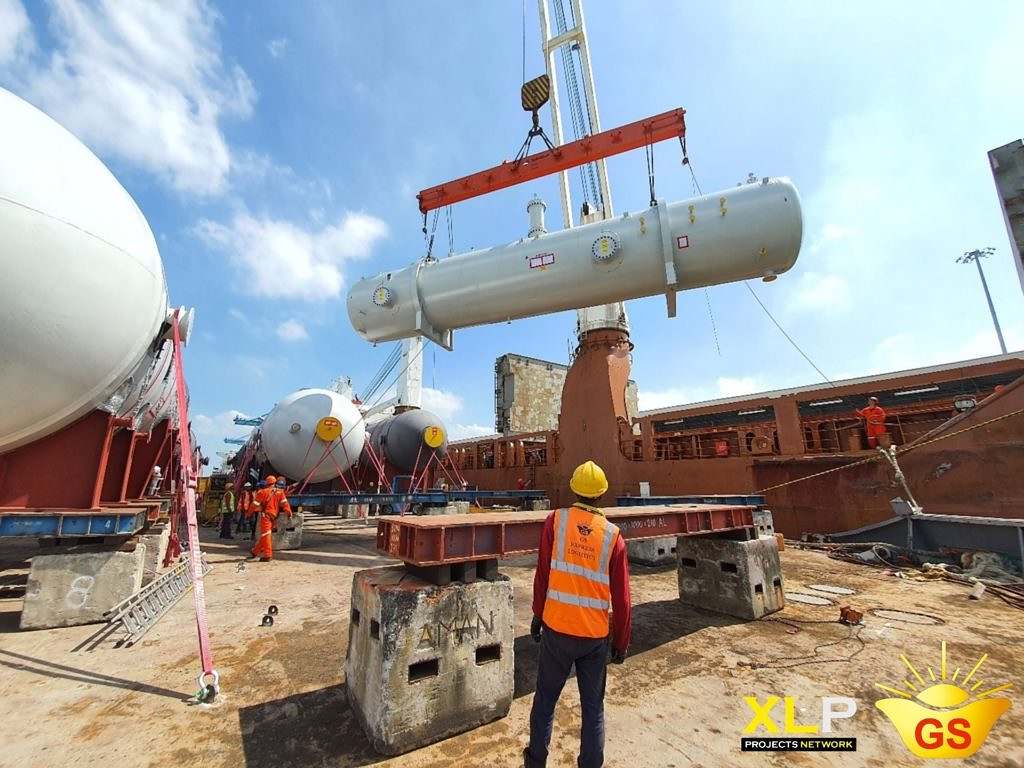 Oversized cargoes were then loaded onto the mother vessel via Double Banking at Westport, Port Klang, Malaysia and general cargoes were transported via inland transportation from the fabricator’s factory to the wharf side.  Self-Propelled Trailer and Pull Type Hydraulic Multi Axle Trailer were used in carrying out all RORO works onto a 250 ft Ballastable Barge at the fabricator’s jetty. 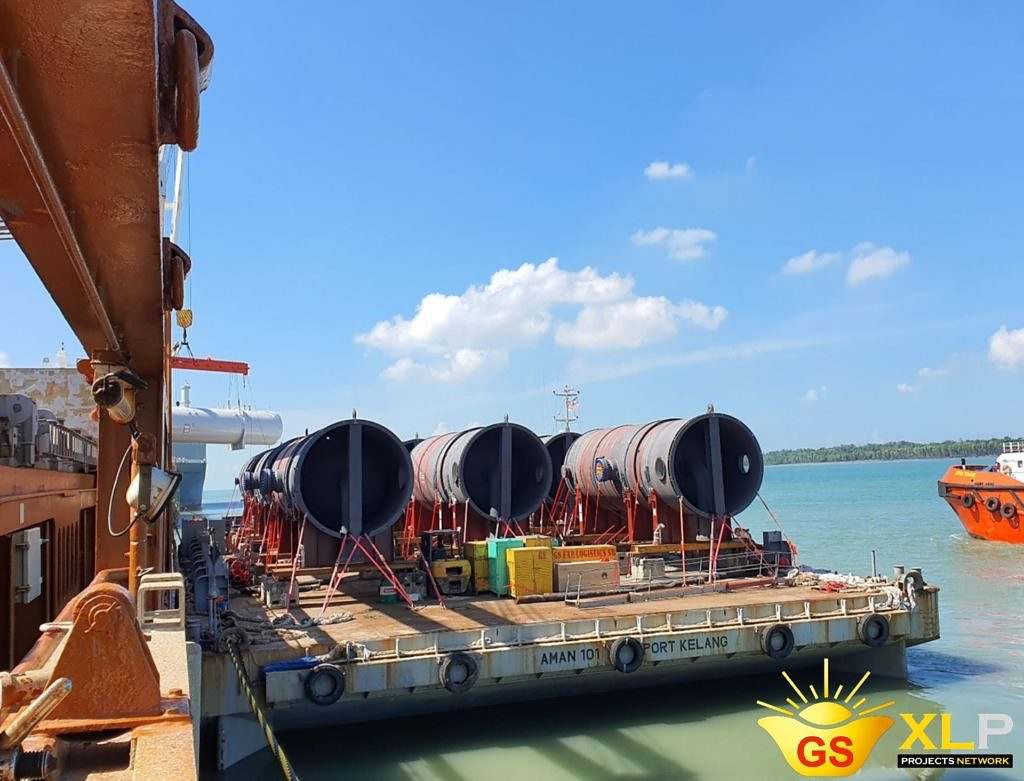 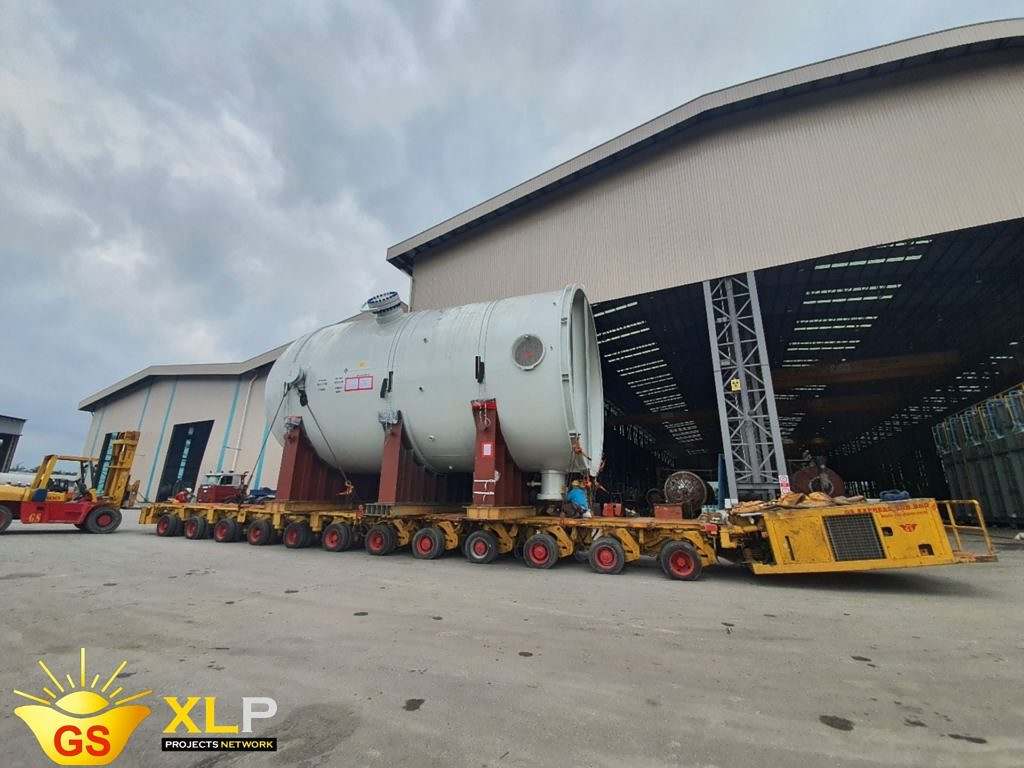 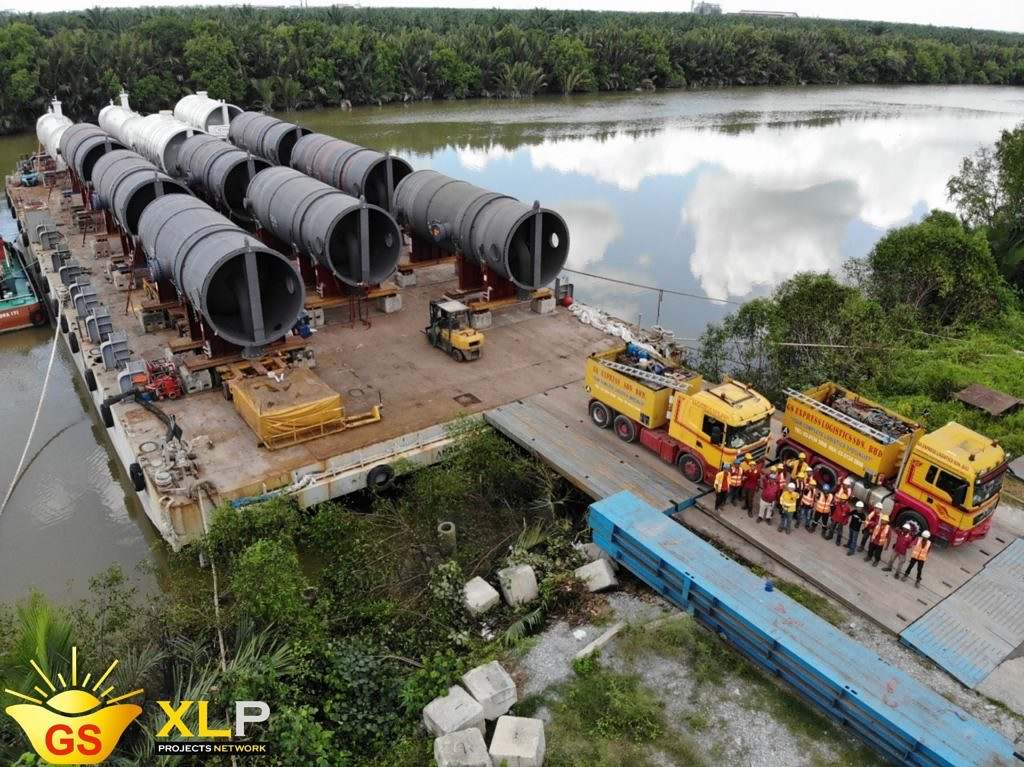 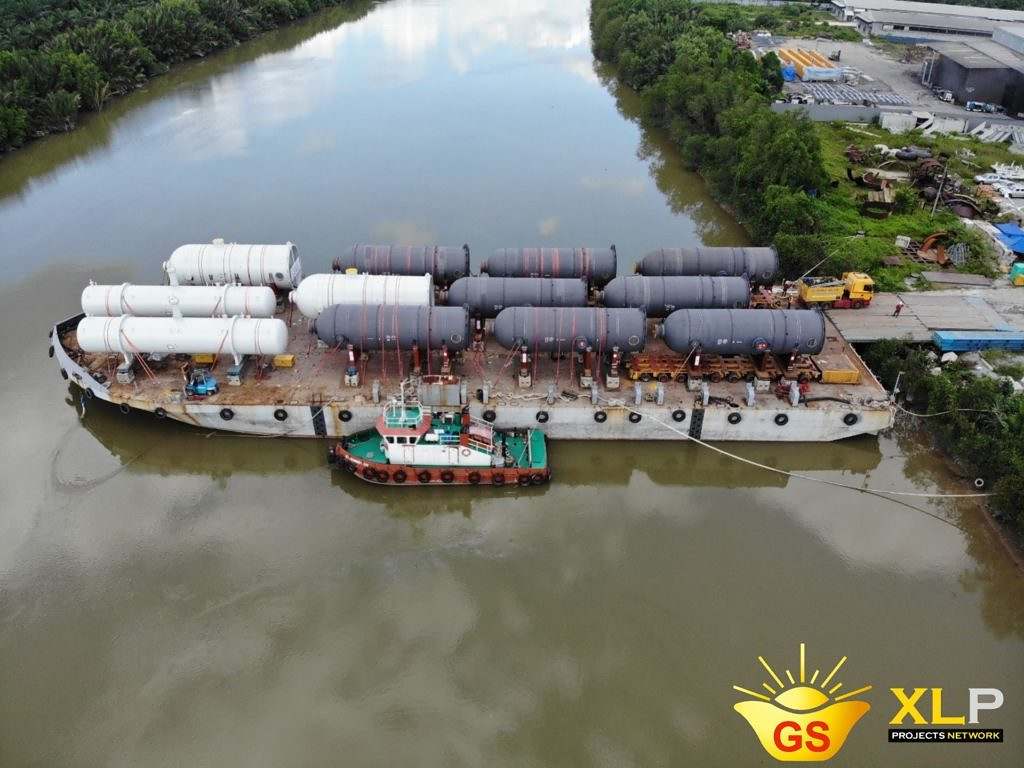