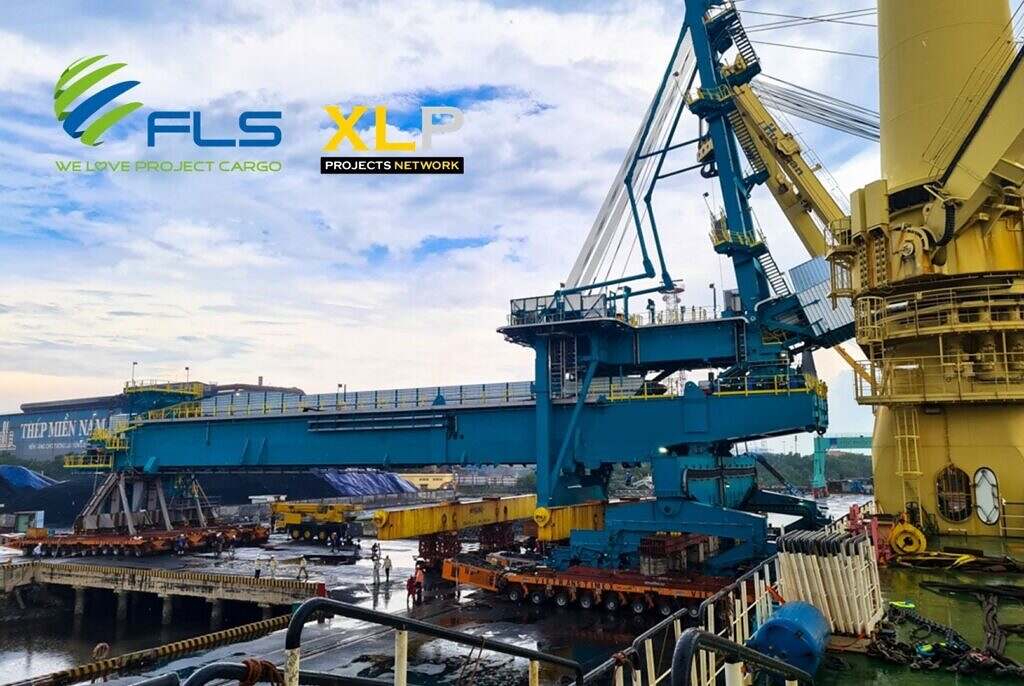 FLS Projects Vietnam has been engaged to get a shiploader in motion for the first time since erection began more than two years ago. Over this period of time, countless parts and components had been manufactured at various locations to eventually result in one assembled unit of 135 x 25 x 43 m.

Before jacking up the structure, the CoG had to be calculated precisely and was adjusted by re-positioning the conveyor shuttle.

For the cargo owner, FLS aligned 96 SPMT axles supporting the central pivot and two bogies in the front as the structure is moved 350 m a bit at a time. No rush or shortcuts here – it was vital to move simultaneously and avoid forces to impact on the construction.

Later on, another 16 axles of SPT plus steel beams were brought in central position for temporary, partial jack down alongside M/V JUMBO KINETIC.

Finally, FLS also assisted during positioning of the lifting frame for the tandem lift by two 1500 t SWL mast cranes to a temporary setup on the vessel. In a second step, with only the aft crane hooked-on, the enormous weight was shifted into final position on board vessel. 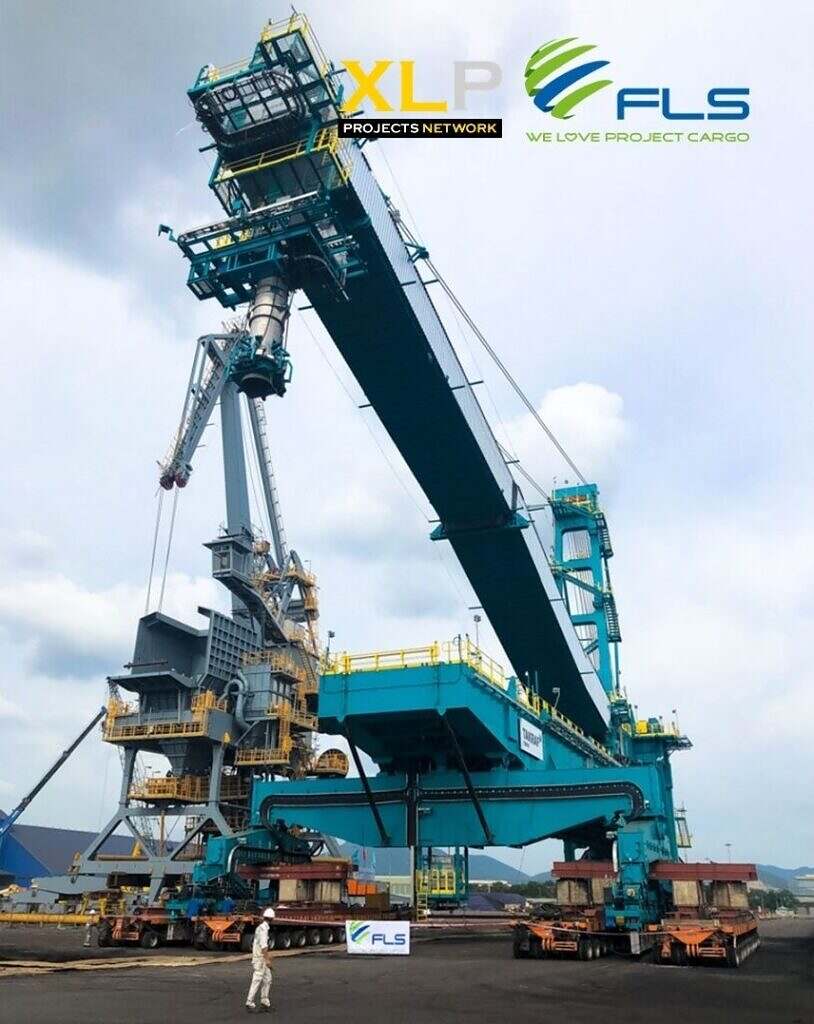 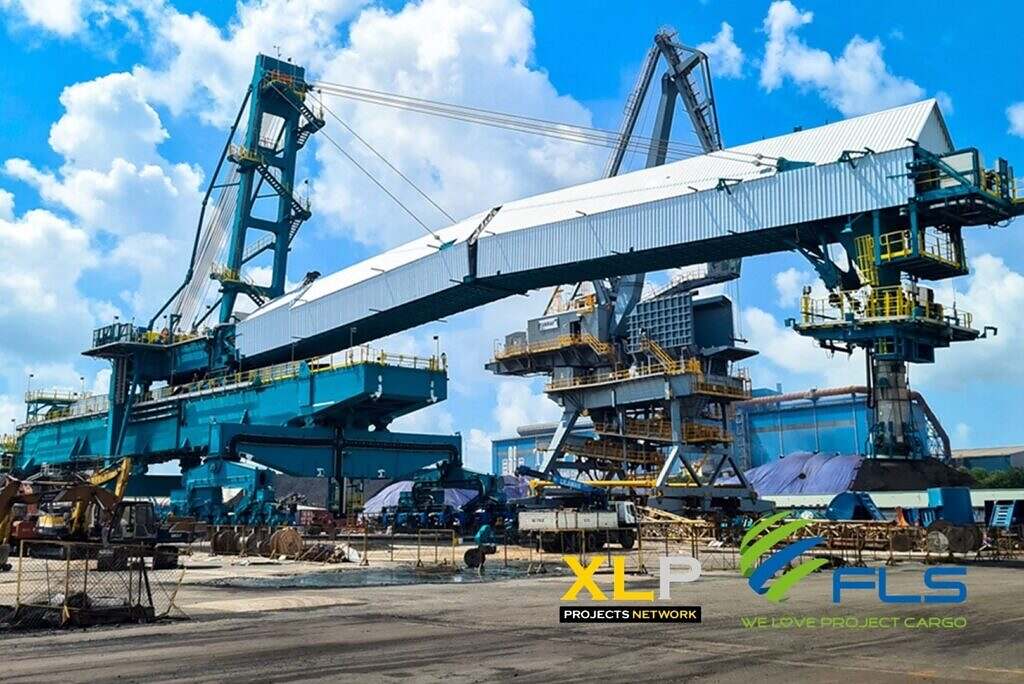 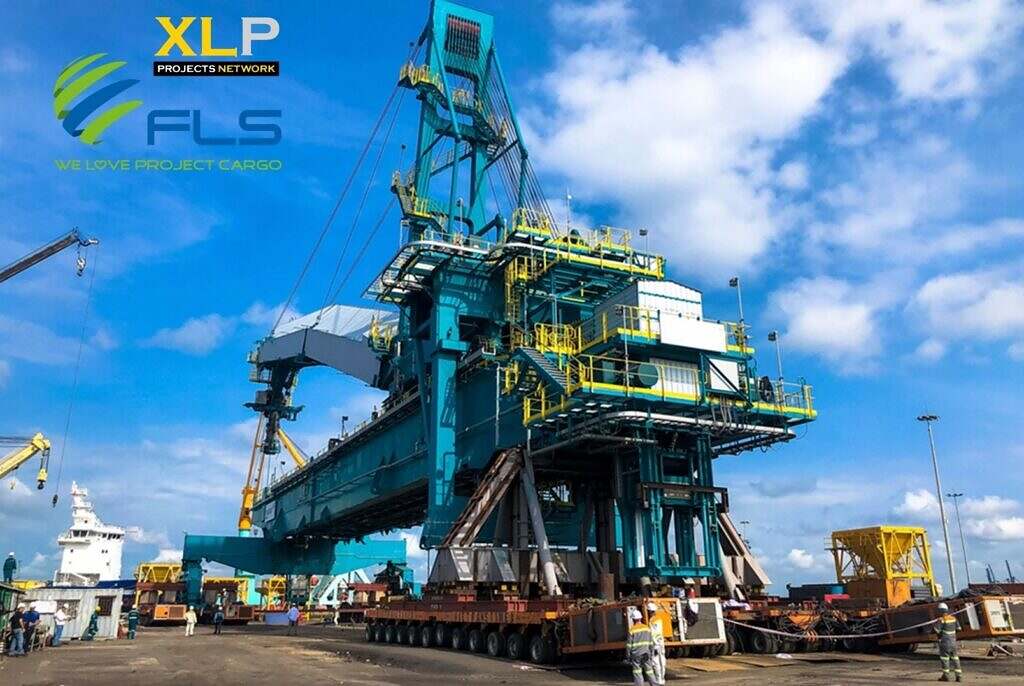