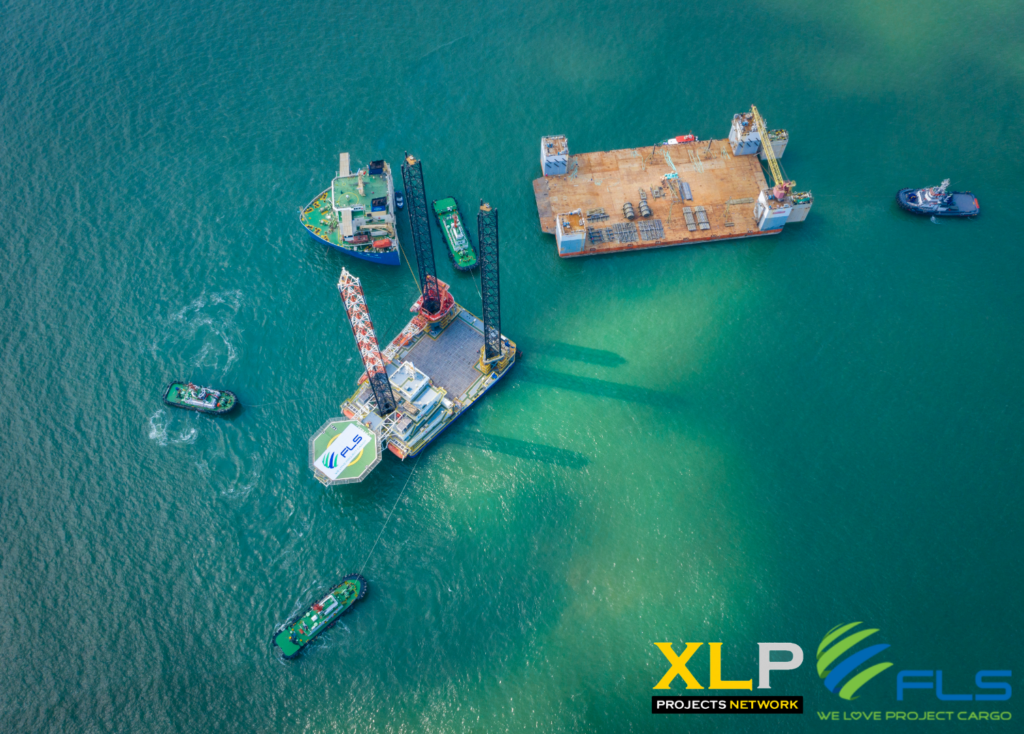 FLS Projects completed a notable project recently, which was the chartering of Cosco Heavy Transport semi-submersible vessel M/V XIANG YUN KOU. Not only did they load one shipment, but instead combined two different owners under one charter. It is rare enough to have such opportunity, but the short notice period and multiple parties involved added complexity to the already challenging task. The loading at the designated anchorage position was in Vung Tau, Vietnam where the semi-submersible vessel could submerge to a depth of 23 meter to prepare for the float on operation. Both of the units were towed, positioned, and secured on board in just one day. A total of four very powerful tugs were needed to align the cargo on deck. It took high precision work and extreme pin point organization to align both part cargoes from two different clients on the same semi submersible vessel as both bookings had been finally confirmed on rather short notice. The biggest challenge was to prepare technical transport manuals for the towing- and float- on/off operation for the entire scope and to get it confirmed by two different insurance surveyors of each cargo within just 5 days prior vessel arrival. For those knowing the technical scope involved of such operation, you can imagine it was a close to impossible task to prepare respective transport manuals and to get two independent insurance surveyors aligned to sign off on the manual in just under 5 days. It was a great team effort of all involved stakeholders. 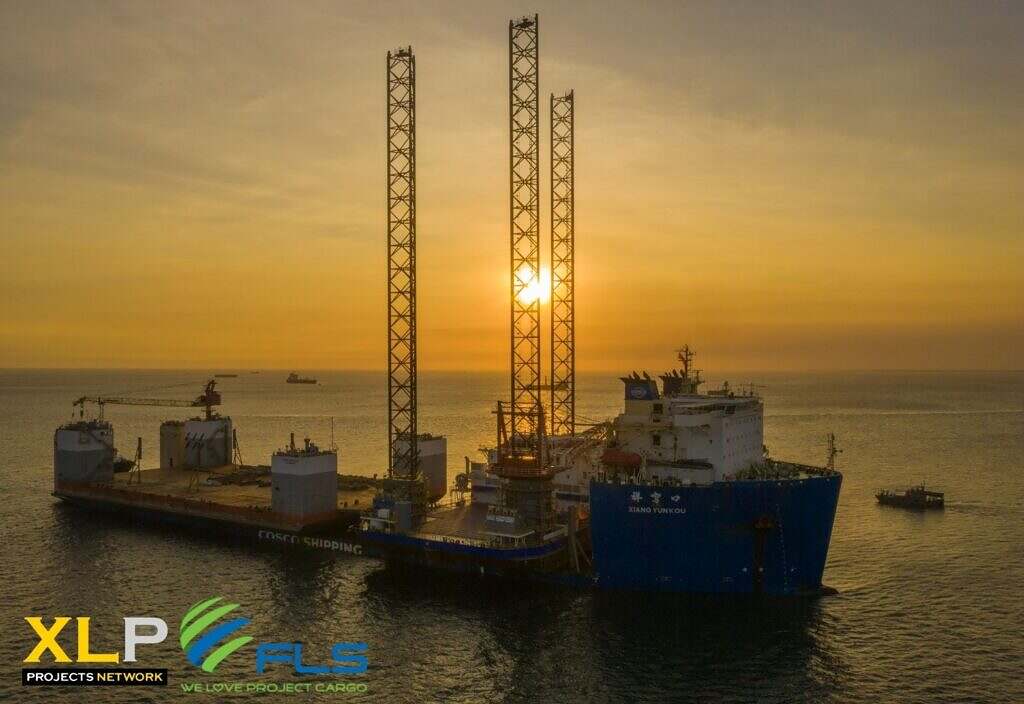 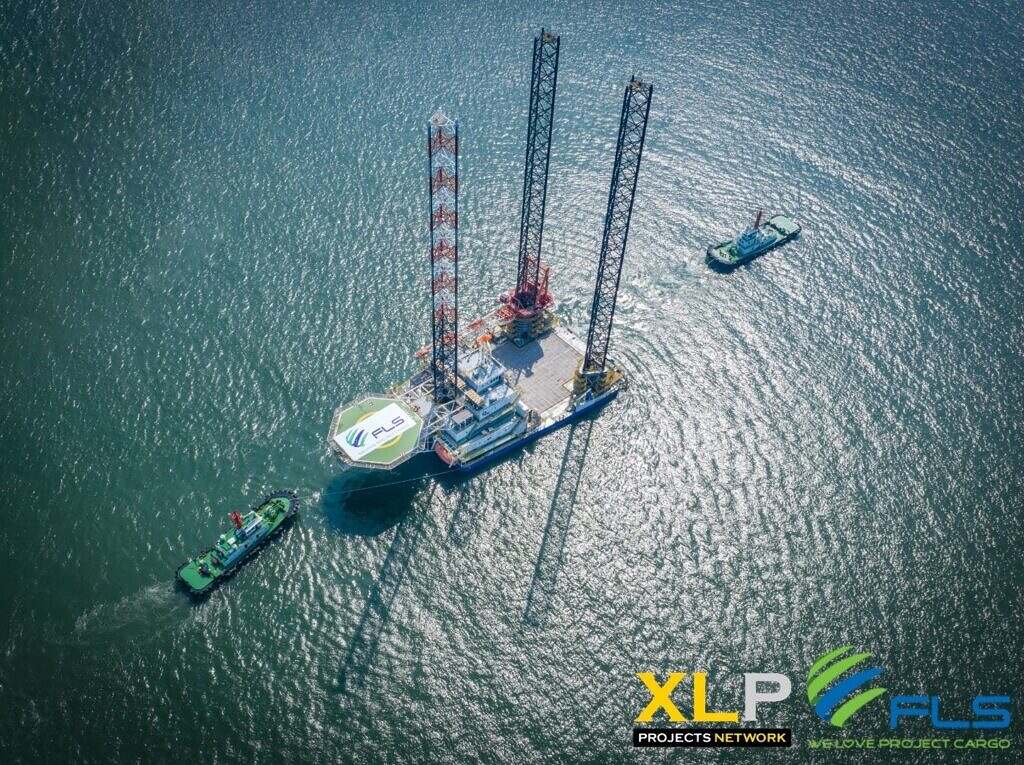 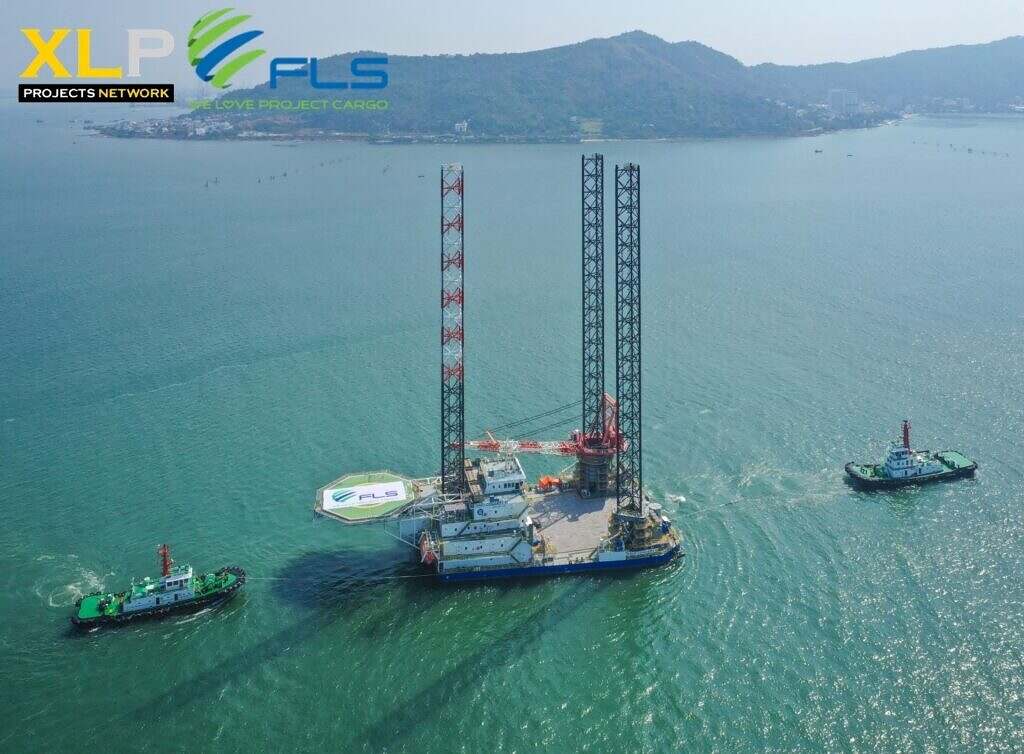 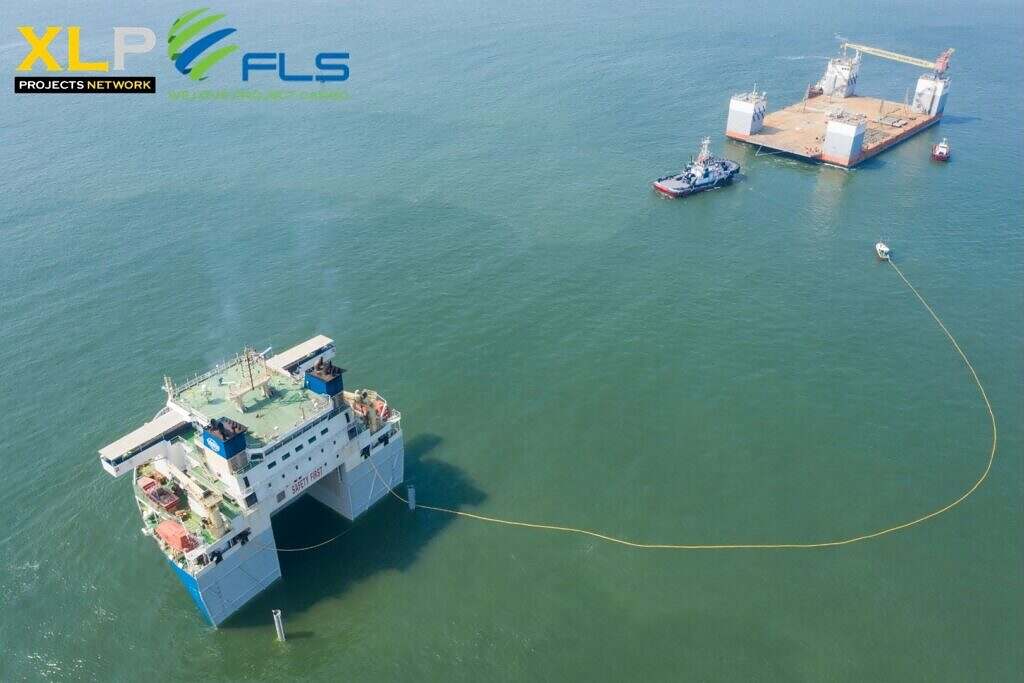 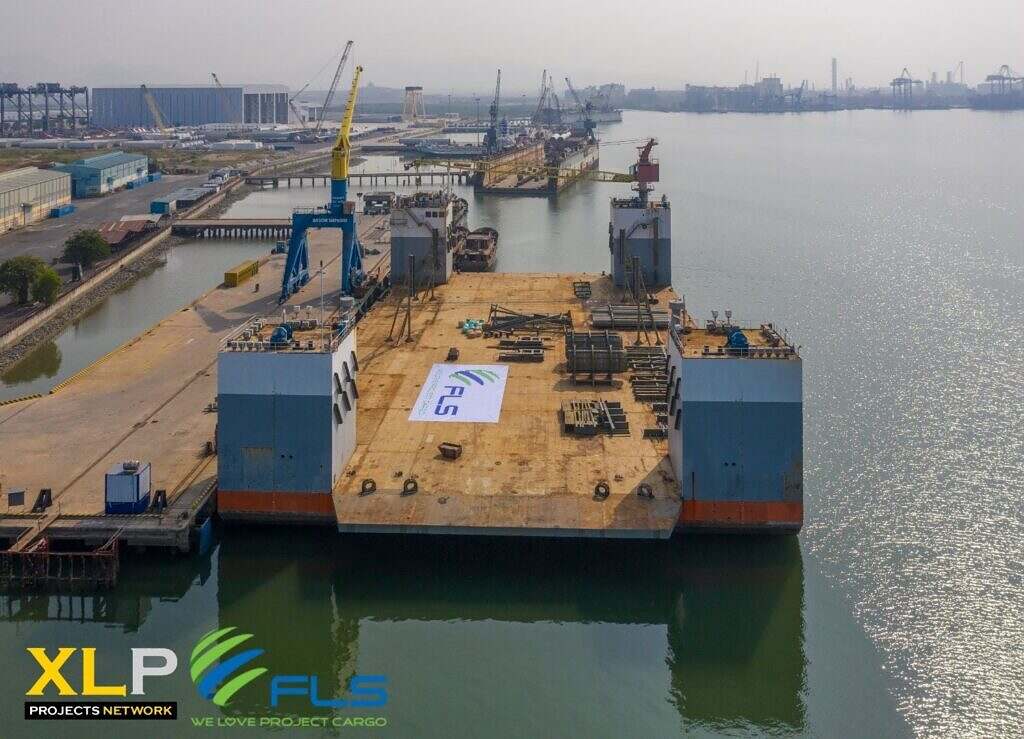