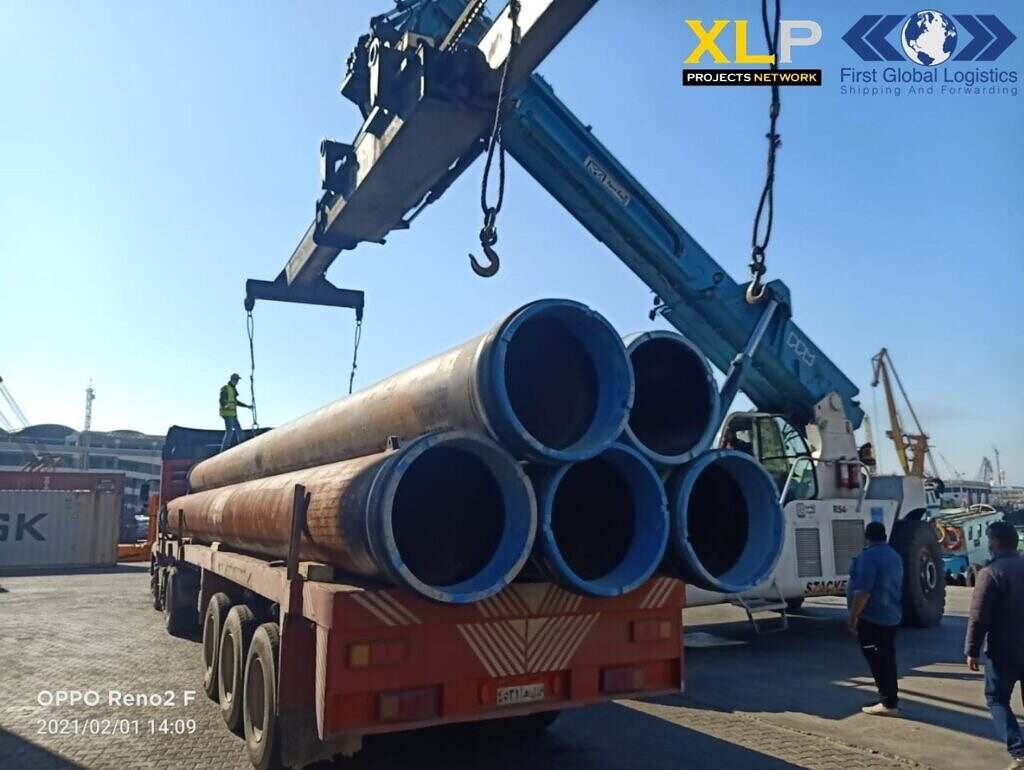 In 2015, Eni and BP announced a gas discovery in the “Great Nooros Area,” which is located in the Abu Madi West Development Lease in the conventional waters of the Nile Delta offshore Egypt. Two gas pipelines are built. The pipelines are transferring up to 700 million cubic feet of gas per day. Eni, through its subsidiary IEOC, holds a 75% stake in the license of the Abu Madi West Development Lease, while BP holds the remaining 25% stake. The operator is Petrobel, an equal joint venture between IEOC Eni subsidiary and the state company Egyptian General Petroleum Corporation. First Global Logistics’ experience and focus in the oil filed transport has played a big role letting them participate in the re-export of this project equipment from Egypt. Eni is returning back its oilfield equipment to use it in their other sites globally. They were appointed for the re-export of their first batch of special over dimensional heavy pipes from Door site in Abu Madi up to Da Nang, Vietnam.

The client asked for First Global Logistics’ transport proposal from Abu Madi field up to Da Nang Port, Vietnam to ship the pipes by sea, since one pipe net weight was 6,000 kgs and 13 meters in length, it would be easier to look for a breakbulk option to ship from door site on trailers to a breakbulk vessel but after checking freight rates there were only part charter options that are very expensive as pipes were loose with no bundles, which will make their loading on the vessel very slow. Thus, First Global Logistics came up with the idea of stuffing the pipes in 45ft high cube containers that had an extra inner length that will support the length of the pipe with very low freight compared to breakbulk option. They managed to secure the equipment after approaching CLASS A Shipping lines Maersk & CMA CGM. The proposal was impressive to the client and they agreed to split the shipment into 2 batches, one with Maersk via Alexandria port and the other with CMA-CGM via Port Said. First Global Logistics team handled the whole operations of the two shipments simultaneously, and the vessels are departing together from Egypt and will arrive in the same week in Da Nang before the client’s deadline.

– Lashing and dunnage pipes inside containers

– Terminal handling in both port in Egypt

– Ocean freight from Alexandria and Port Said to Da Nang 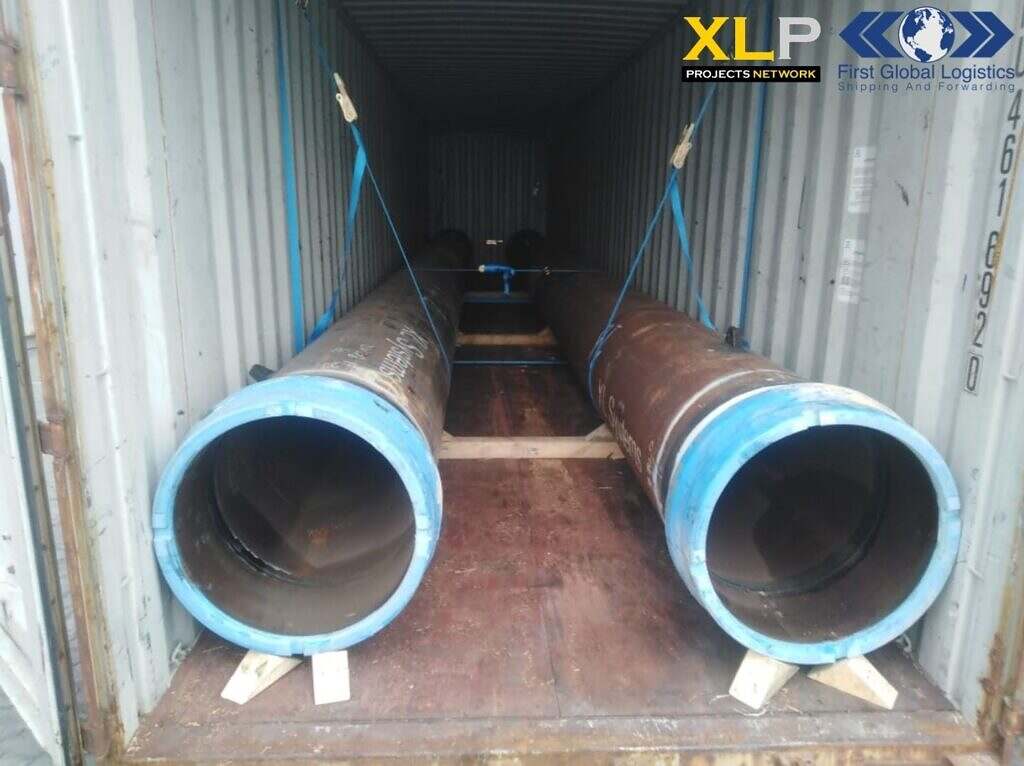 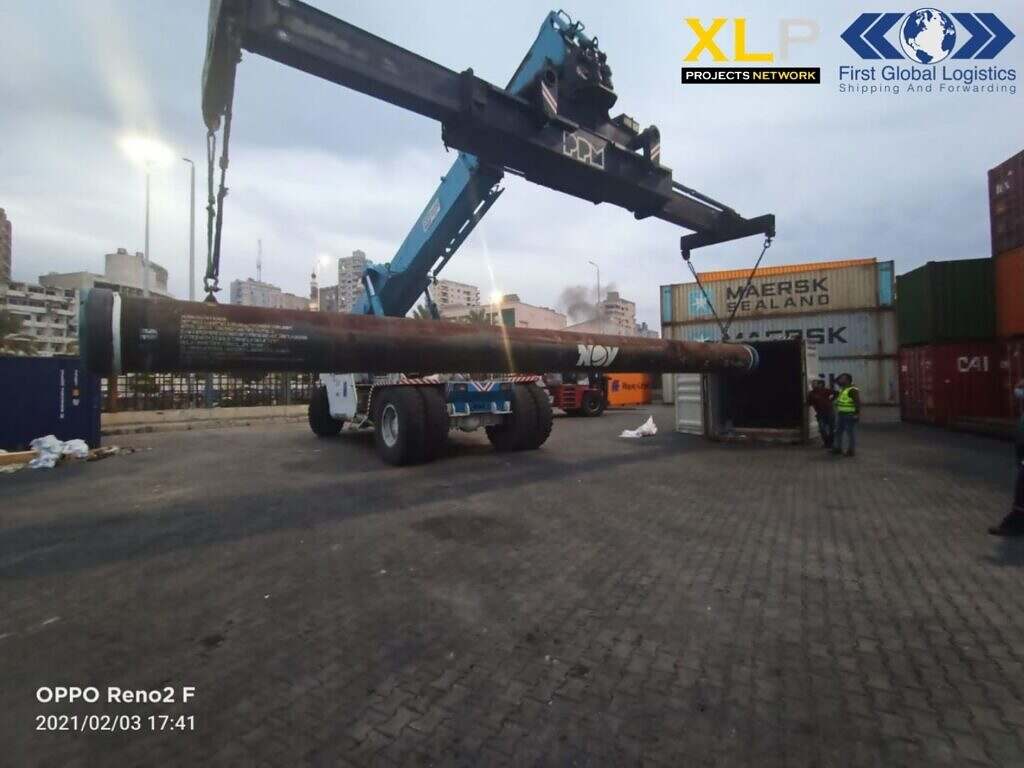 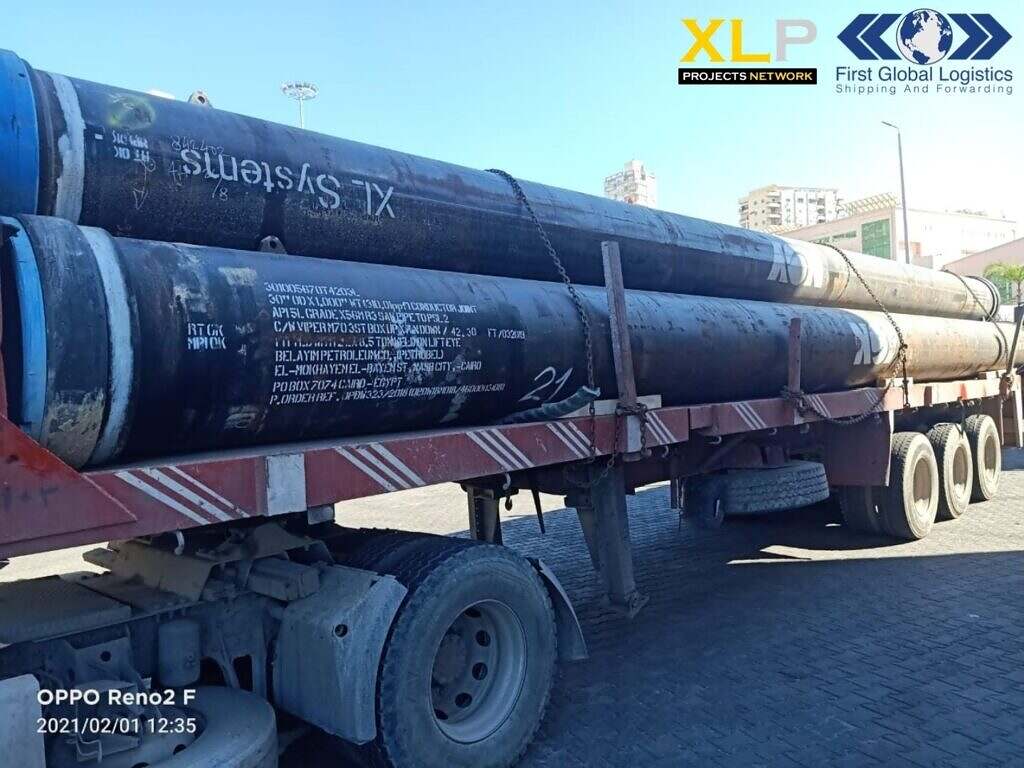