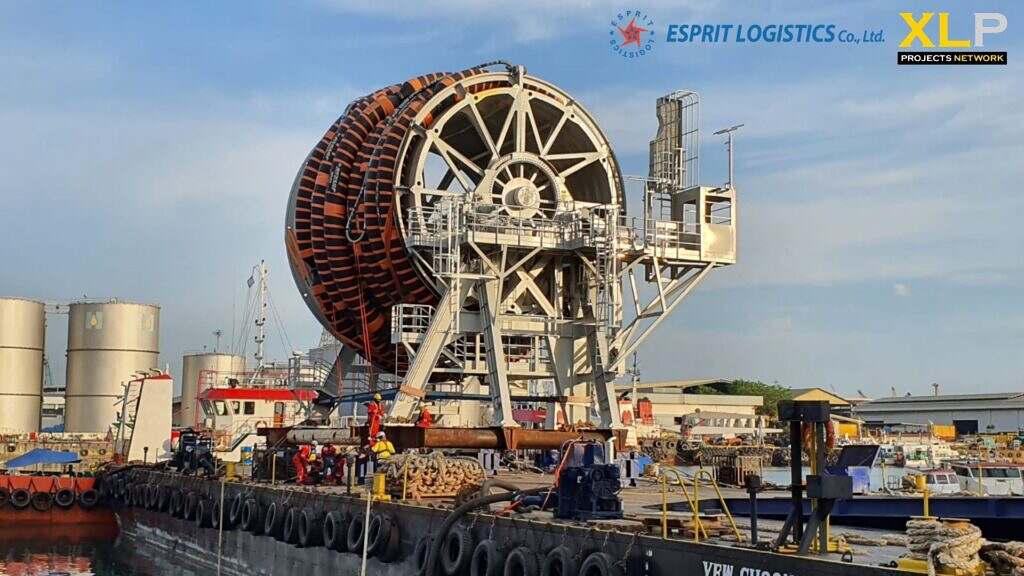 This was done amidst changing timelines on cargo readiness, tidal constraints at fabricators berth, delays in ETA of MV, and meeting the requirements of Port authorities and various stakeholders: provide Marine Surveyor to check on each movement, provide MV representative, consignees agents and shipper/supplier with: Method Statement, roll-on/SPMT transport plan for loading on barge, barge deck stowage-lashing plan, intact and damage report, ballasting-stability calculations, slings-shackles certificates, and MV overside lifting/stowage plan and tug-barge certificates and co-ordinating each movements timeline with each party.

Pre-setting of barge deck with steel plates for weight distribution, positioning twin 12-axle SPMTs at Fabricator yard 2 days before roll-on loadout, and positioning Tug-Barge alongside berth one-day prior Jacking up hose reel on SPMTs commenced at 0530. Roll-on loading began at daybreak 0630 and had to be completed before 0800 hours during tight suitable tidal time window at the berth and due to restrictions on night barge-towing imposed by Maritime Authority.

Upon completion of roll-on, lashing with steel wire ropes/turnbuckles with welding commenced. The laden barge shifted to a temporary berth at the nearby private waterfront, for transit floating storage, pending final confirmation of ETA of main MV at Jurong Port for export loadout. This transit storage was necessary as the fabricators berth would not allow storage because waiting for the next suitable tide for roll-on would be too late for cargo to meet MV.

Upon confirmation of MVs ETA Jurong port, the barge was scheduled to move directly to tie up alongside MV to avoid berthing separately within Jurong port to await MV. This minimized barge detention and extra dockage/berth/assisting tug costs and could only be done during daylight hours for safety reasons.

Five days later, the barge shifted to/tied up alongside MV around 1300 hours. With limited daylight remaining and impending rain, unleashing of cargo immediately commenced, with boom lift transferred by MV crane from shore onto barge deck for two men to reach two- sling-shackle points on the reel, approximately 10 meters above barge deck level, and six meters apart to hook onto MVs No: 1 cranes twin hook [Esprit Logistics had to ensure the reel supplier installed suitable slings-shackles on the reel after due testing and certification by Professional Engineers and Ministry of Manpower before they could seek Port Safety approval for their use to load overside].

During pre-setting of dunnage on MV deck to spread cargo weight before actual loading of hose reel onto MV deck, MV crew commenced ballasting MV in preparation for the lift; both were done concurrently to save time.

A single crane lift [max SWL 400MT] commenced overside direct loading 1705 hours and completed at 1750 hours, just before daylight working hours ended: this was in conformance with MV technical teams requirement to have the operation done only daylight.

Upon the reel reaching the ships deck, some slight re-balancing of reel was done with extra dunnage as the reels CoG was slightly off-centre before lashing with welding MV deck commenced.

MV departed around 2200 hours after other cargo work/bunkering. 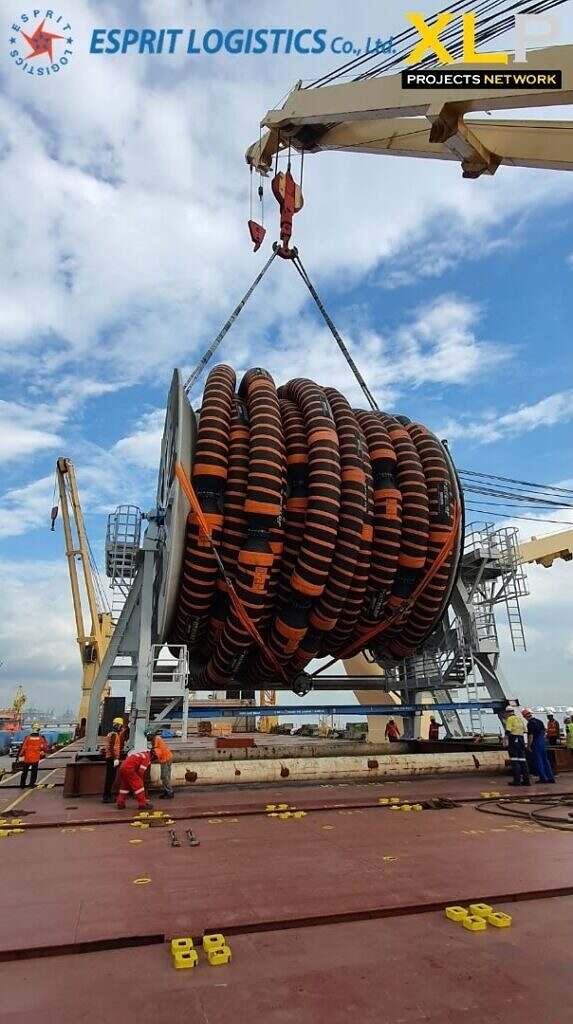 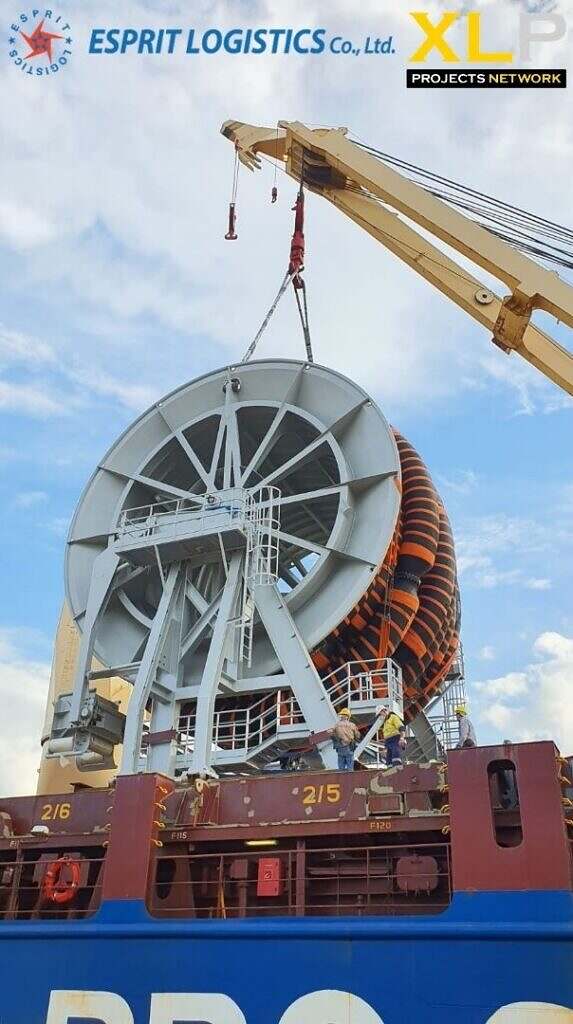