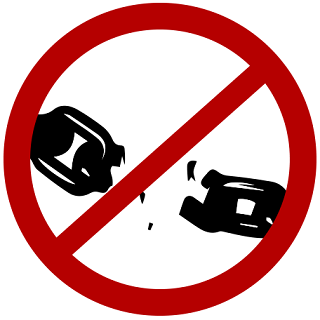 Logistics company owners come from different backgrounds. Though I have no numbers to prove it I would dare venture that the majority came from sales followed by those who came via sales and operations and finally those from the operations side of things.Many people who come from sales backgrounds already know the advantages of networking but those with operations backgrounds seem a bit less keen to do so. However, I don’t want to paint anyone with a color that doesn’t match their complexion. There are sales people out there, loads of them, who represent their companies for a living and actually know very little about effective networking. And conversely some operations people are extremely well networked when dealing with vendors, customs, etc., in order to get their daily basic jobs done. Networking is particularly difficult for impatient people. I have spoken about these folks time and again. They are the ones who think network meetings are only about meeting the new agents. They are also the ones who at the end of their first year in a networking group complain that they have gotten nothing from it. They think networking is like hunting when it really is more like farming. This aspect can be very painful for them. Who plants an acorn and has forty years to watch it grow?

The people I am describing resist networking activities. It is not seen as important or at least as priority to these folks. But it is exactly these people who wake up one day to find their well is dry and they don’t have any alternative watering holes because they haven’t been digging any. I can though attempt to make networking a little bit easier for these types. I have a tad bit of advice.

Do one small task per day, then forget it.

Yep. One small task daily will help them to get into the habit of networking activity. And there is a funny psychological trigger that increases the importance of that which you do on a regular basis. Though I won’t tell you which activity this should be as I leave it up to you, (you know what is needed more than me!), I will say that this will be easier if you do the same activity daily. But if you would rather not do the same task daily then at least Sunday night or Monday morning, when you map out your week, put an easy, simple, networking activity to do every day. This could be calling or Skyping with a prospect or old client. It could be updating business cards to your contacts or CRM program. It could be updating your partners with new rates or local regulations. It could even be planning what to do for the next day. The important thing is to do something and to get it imprinted in your routing and in your mind. Once you have done this you can either leave the networking where it is or you can gradually expand the activity. By doing something every day you not only make it a habit but you will make gradual progress. It will be progress earned.

I have tried to use this tactic in my own life over the years. I also read that Jerry Seinfeld had been using a similar tactic which he called ‘Don’t Break the Chain’. Jerry Seinfeld writes jokes on a daily basis. It doesn’t matter how much he writes or how well. The important thing is that he is writing daily. With this he has built up loads of material to use and modify in order to keep his persona fresh. If you are someone who has trouble with networking in general you should really keep this in mind. Don’t break the chain. Do something, anything, in networking activity every single day. Then if you want to move on to something else then do so. But don’t break the chain. Dig your well before you need the water.