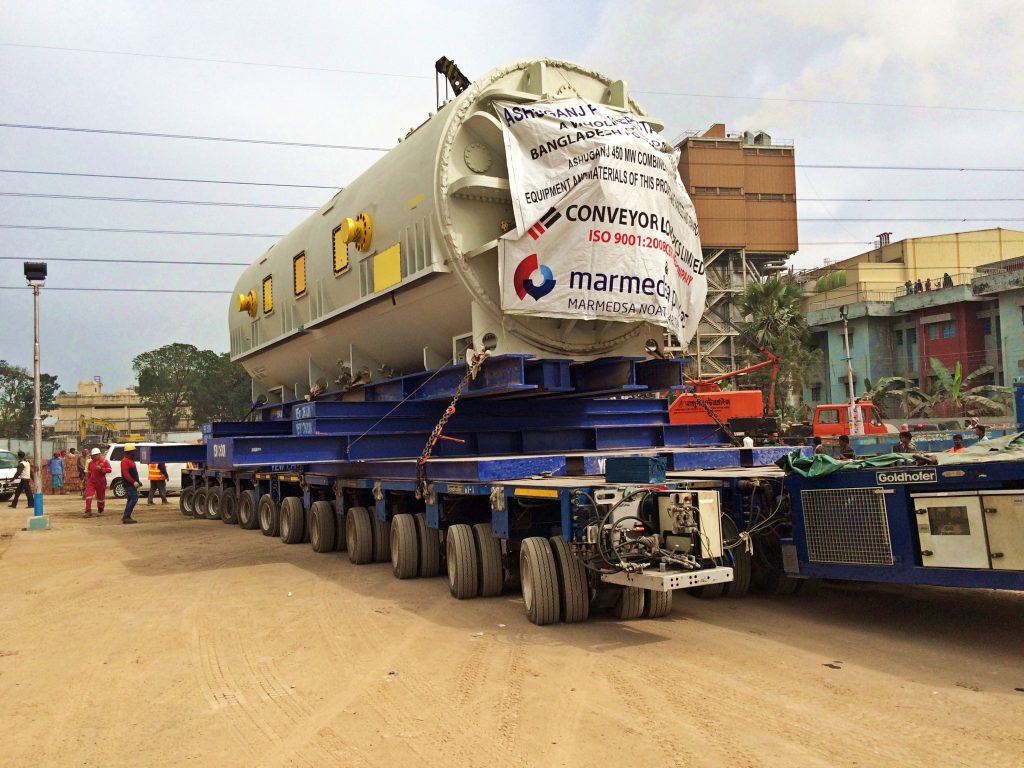 XLP member, Conveyor Logistics Limited (CLL), was employed to receive cargo at Ports of Entry, inland transportation by road and river and deliver them at site. SIEMENS Gas Turbine (GT) weighing 306MT and SIEMENS Gas Turbine Generator (GTG) weighing 396MT has already been received from mother vessel at Mongla Port. Those have been transported to Ashuganj by flat barge. The HL packages were put on supports that were pre-positioned on the barge prior to receiving cargo. SPMT was used for discharging and haulage from barge to temporary storage site. RORO method was used for unloading HL packages from barge.

The same Temporary Jetty that was built for Ashuganj 450MW CCPP (South) project was used for unloading cargo by RORO method using SPMT. 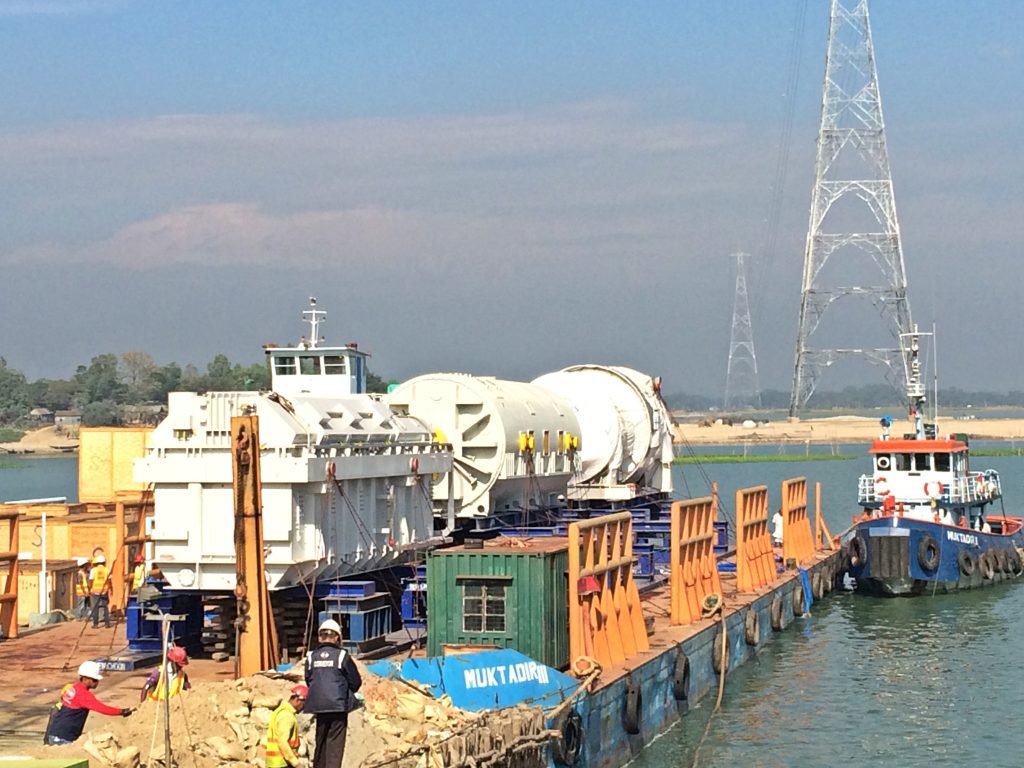 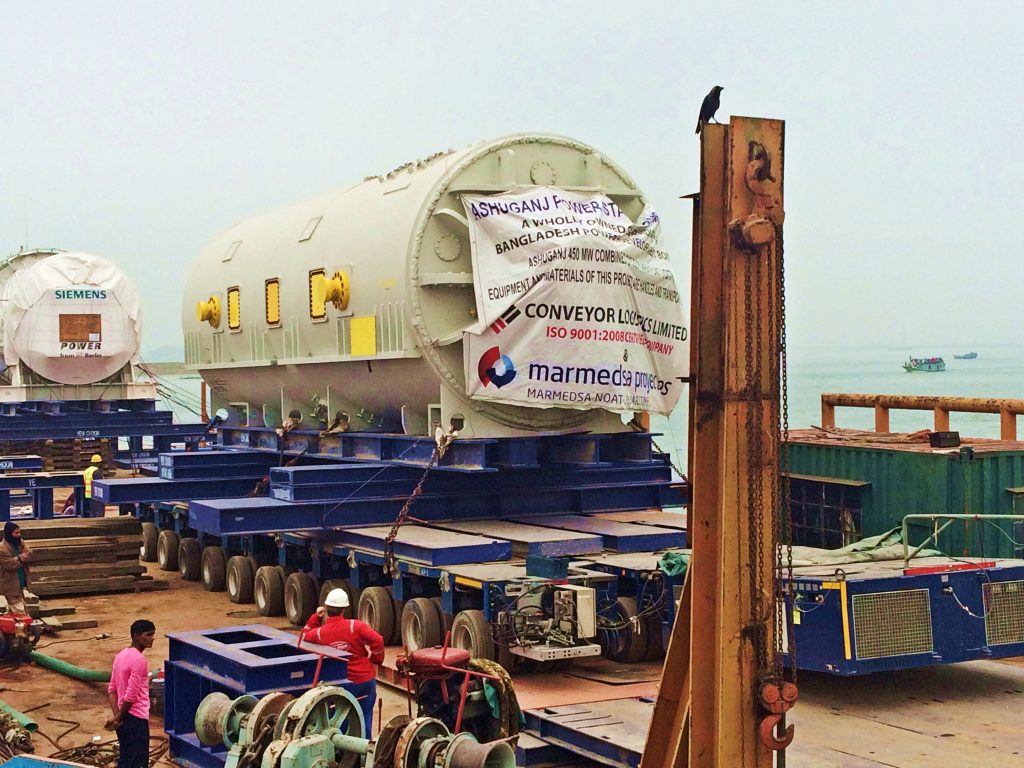 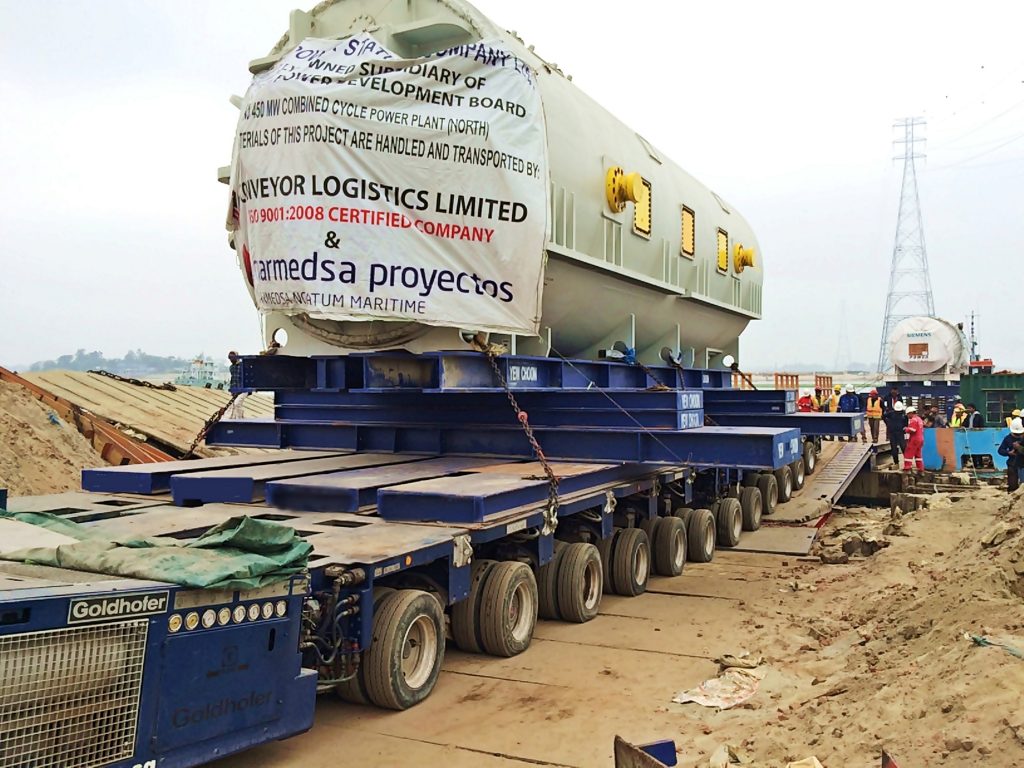