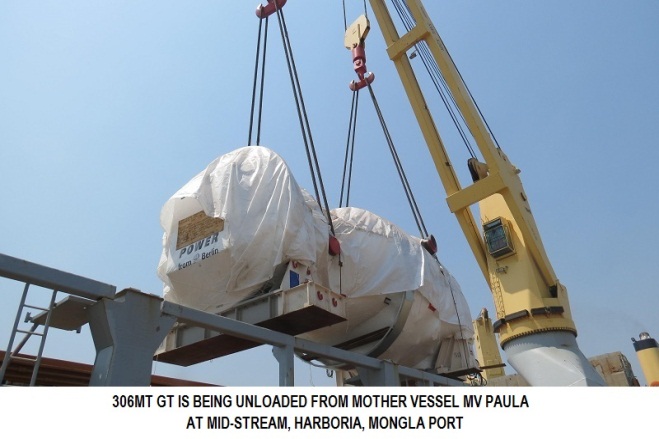 HLs and ODCs were received from mother vessels at Mongla Port on flat barges and were transported by river from Mongla to Ashuganj. The HL and ODC were unloaded from barges by RORO method and hauled to project site by SPMT.

The SoW also included transportation of 15 units of 26.5-meter long and 5-meter wide HRSG modules, weights ranging between 87 Tons and 187 Tons from Mongla Port to temporary storage locations in the plant site.

For unloading cargo from barges by RORO method, CLL had constructed a 900 Ton capacity Temporary Jetty on the bank of Meghna River at Ashuganj, adjacent to the existing power station, which was about 1km from the plant site. 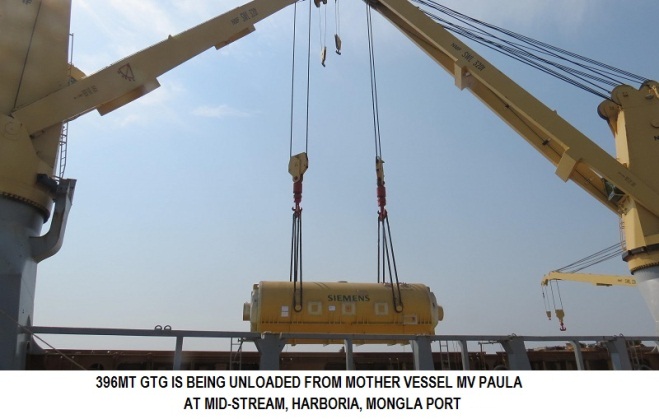 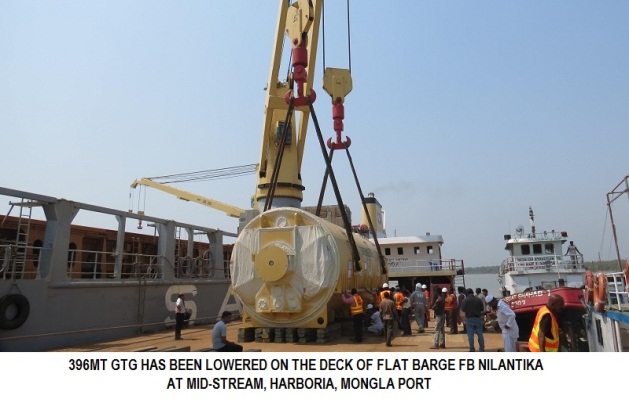 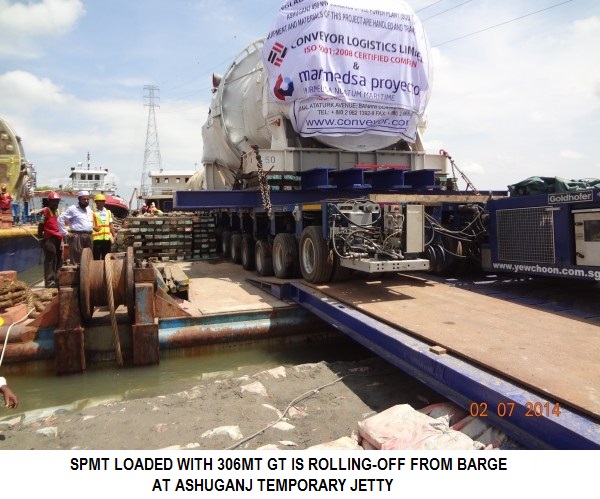 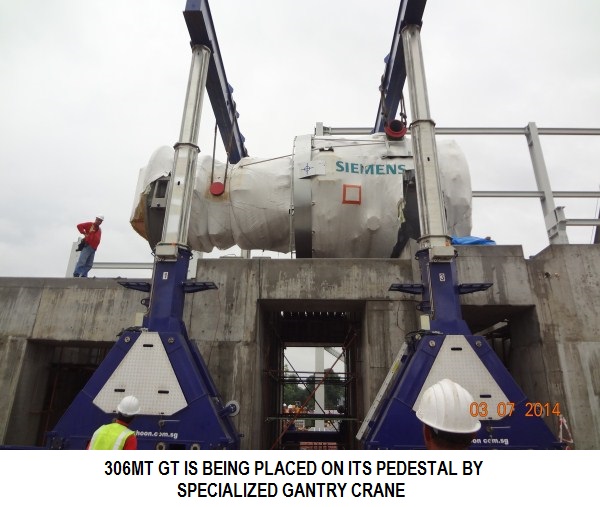 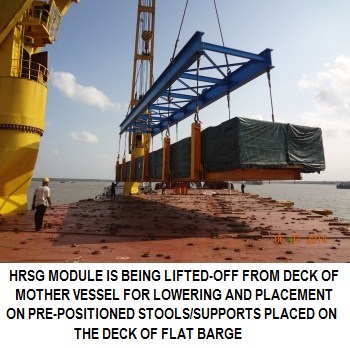 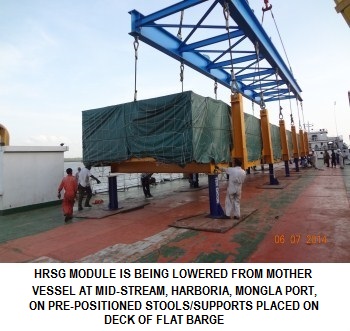 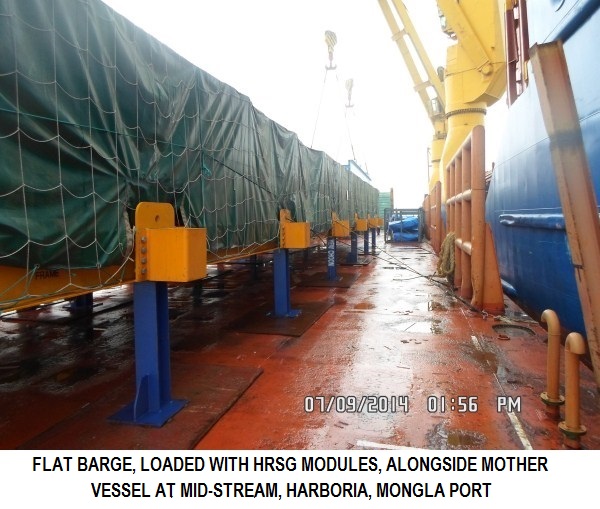