Beefing yourself up: One way networking helps you that you wouldn’t think of 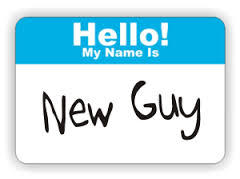 Most of the people I know of think of business-to-business networking as a function of either sales or marketing or both. But there are other ways that this form of networking can be extremely beneficial as well. One way in particular that can and will really help your company’s long-term growth might not seem so obvious so I’m going to put it out there:

By networking in your market thoroughly you avail yourself and your company to potential new key players who can take up meaningful and profitable roles in your own organization.

By this I mean that through your efforts you will come directly and indirectly into contact with people who have the potential and energy to take your organization to the next level and beyond. They will in turn be found in some unforeseen places. Key players for your company will come from all sorts of backgrounds. These might be senior managers. These might be people with specialized training and licenses, such as various IATA certifications, customs clearance licences, etc. This might also be with people who have strategic skills, which come in various ways. You will be in contact with people who are from industries that you target your services toward. They might also come from geographical regions where you either have existing clients or would like to build up clientele. (What better way to build business with Japan than to have a Japanese business development manager who was originally from Osaka?)

With this last example I have lots of experience myself. When I was running my own international logistics company in Vietnam there were times when this played to my favor. For instance, I was able through networking to get speakers of French and Japanese for sales positions and speakers of Mandarin, Cantonese and Teochew for customer services roles. These folks all helped my company get into different markets overseas in their own ways whether it be with direct customers or with agents abroad who preferred dealing with people from their own language groups. I was also able to staff removals professionals who eventually helped my company become the Allied Pickfords franchise for the country during the time before I sold the company. I also, through networking, was able to find good people to work on the largest foreign investment project in the history of Vietnam up to that time (the Nam Con Son pipeline). So I know what I mean here.

Going back to my original assertion that most people think of networking as sales or marketing or both doesn’t mean that anyone who thinks this is off base. They are much more on base than otherwise. However, sales and marketing is not always simply targeted to potential customers. There are many types of people who you will want to make your company look attractive to. New clients are very important but they wouldn’t be the only people who will benefit you in the long run. So when you are out there meeting people in a ‘networking capacity’ don’t throw any babies out with the bathwater. Make sure that you look at all their potential, not just as possible clientele but also as possible teammates.