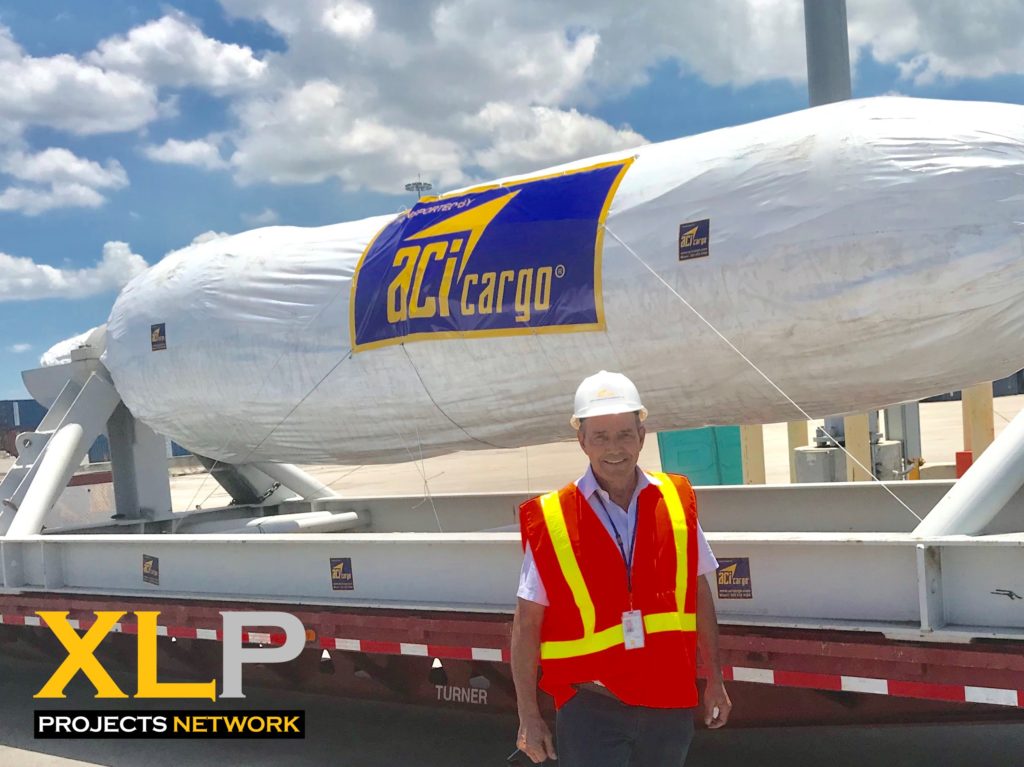 On June 25th, ACI Cargo received an urgent request to relocate a new 86,000 pound rotor from the Siemens Gas Turbine manufacturing plant in Charlotte, North Carolina to Termoflores power plant located in Barranquilla in Colombia because the turbine rotor in use was broken.

On three other past similar occasions, they had arranged an Antonov C- 124 freighter to transport a new rotor from Charlotte Airport to Colombia.

Siemens and Antonov engineers had designed and mutually approved a special skid to fit a safe transport of the rotor, unfortunately no skid was available to meet the flight deadline, the operation team were told to wait 15 days for one of the skids to return to the USA.

Having had attempted to deliver the rotor as soon as possible, on Monday, July 2nd, ACI Cargo contracted a 53 trailer for the inland trucking to the Port of Miami for a 3 day ocean transport journey to Barranquilla Port, this way they managed to deliver a new rotor to Colombia the soonest.

Meanwhile, other tools and accessories were forwarded via airfreight from Miami, Florida to Barranquilla, Colombia.  ACI Cargo also took care of all customs procedures at port of origin and destination.