KNT Cargo handle the huge shipment of a Goliath Crane to Singapore. 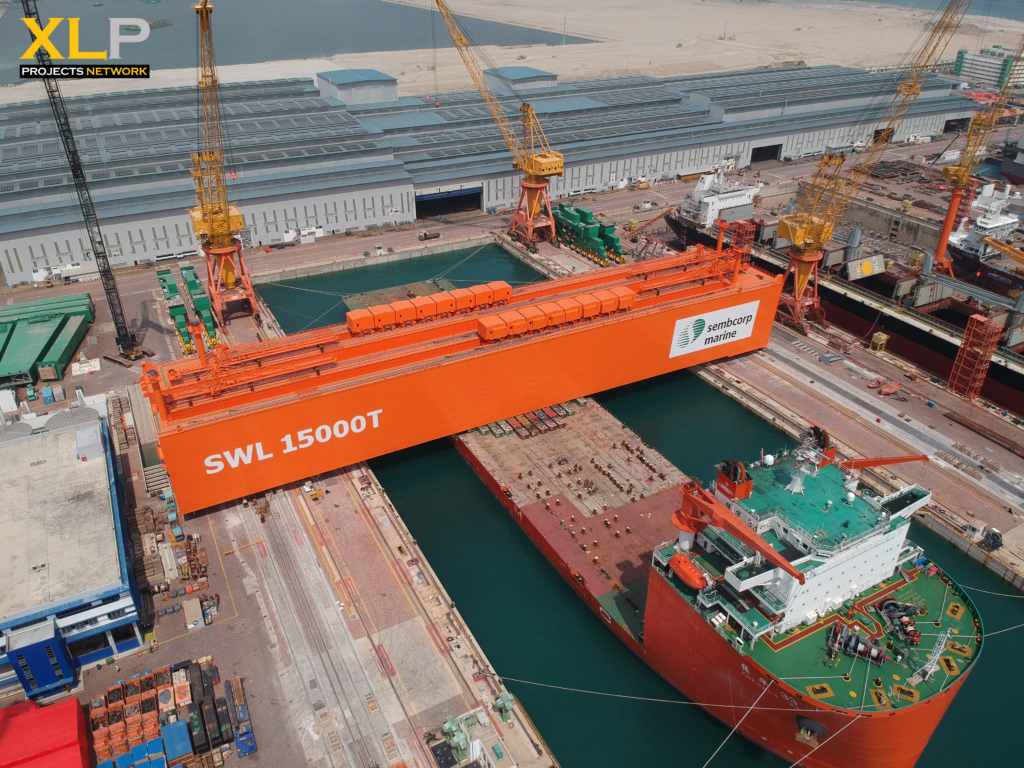 KNT Cargo, XLP member based in Korea successfully transported two units of a 15,000-ton Goliath Crane from Goseong, Korea to the Sembcorp Marine Shipyard in Singapore.

This crane (World’s largest Goliath crane) can lift 15,000 tons of ship blocks in one unit and up to 30,000 tonnes of cargo when use both cranes. The assembled crane measures 62m length, 185m width and 122m height. Moreover, the cranes were separated by blocks and transported over a total of two shipments on the DWT 50,000 class self-propelling barge.

KNT Cargo was responsible for engineering the cranes for loading, unloading, ocean transport and seafastening.

The first transports were bogies, legs and leg head blocks. It was started from 24th January 2019

Goseong Port was a shallow water basin, so bridge barges (10,000P) were used between the port and the dock. SPMT was used for loading by Roll-on and each bogie weighs approximately 250 tons.

The challenge of the first shipment was to balance the self-propelling barge with the bridge barge. Bogie loading started two hours before high tide to secure an air-draft. Loading and sea fastening took about two weeks.

The self-propelling barge was arrived at Sembcorp shipyard on 11th February 2019. SPMT was used for unloading. The problem was that the edge of the pier and the end of ship’s poop deck were about 3M apart, and the shipyard ground reinforce was mostly weak. So, the width of the unloading area was quite limited compared to the size of the cargo. In line with these conditions, they unloaded cargo by shifting the ship from side to side. Unloading took about two weeks.

The second transport for two girder assemblies was the most important highlight of this project.

The weight of each girder assembly was approximately 9,000 tons and the total weight was 18,000
tons. SPMT used in shipment was 216 axes and the loading weight per axis was 14.29TON / M2. Loading was started from 8th February 2019.

The unloading at the Sembcorp Marine shipyard was spectacular. The ship arrived at the Sembcorp marine shipyard on April 1st, firstly berthed at general pier and unlashing for about five days, and then the ship was placed in the dock. All lashings had been completed to keep the ship stationary, and the SPMT is clearly positioned to the center of gravity of the cargo. Finally, using SPMT, they rotated two girders 90 degrees. SPMT used for girder rotation was a total of 316 axes. After the girder had finished turning, the mooring line was adjusted to lower the girder to the proper position.

The following points should be considered before the girder turns.

Prior consultation with the owner was essential, as 18,000 tons of cargo would be rotating on the ship. They had prepared ideas and engineering materials for girder rotation and consulted with ship owners from 2018. The ship owners and masters recognized that the idea had no problem with the safety of ships and approved it.

On April 07, 2019, under the direction of the General Superintendent, the SPMT worker, ballasting operator of the ship, and yard work supervisor became one and the girder rotation work was carried out. The girder turning took about 40 minutes only for turning. Since cargo can only be operated at high tide, the final positioning of the cargo took about 24 hours. This task was completed safely. 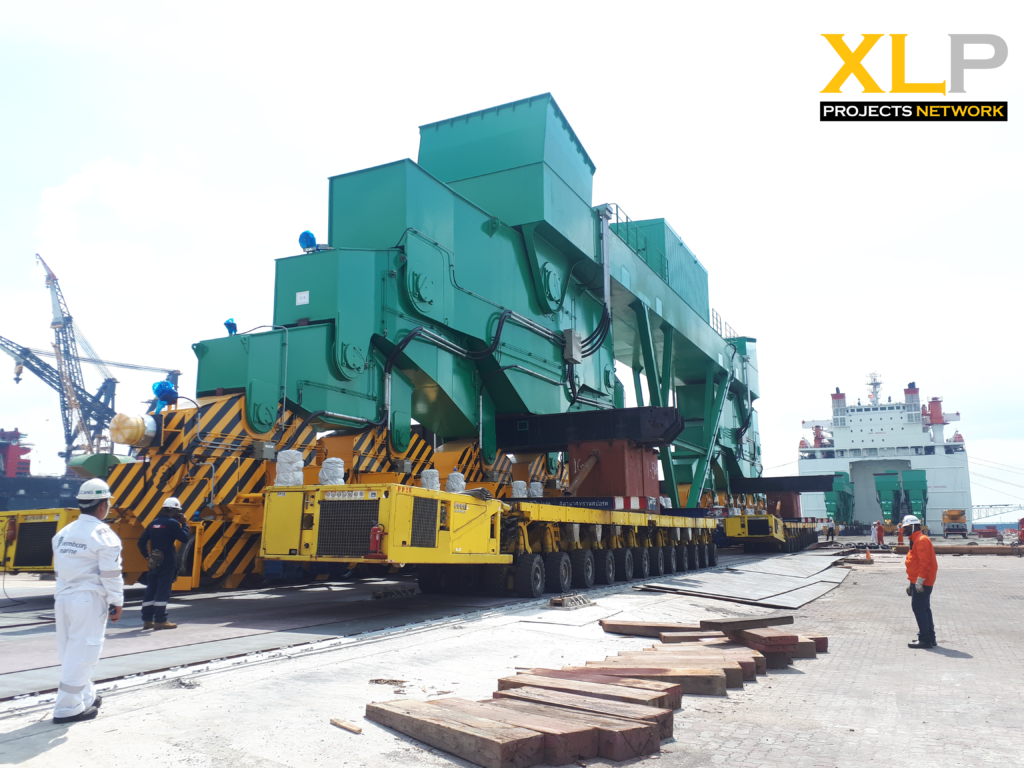 Since October of 2012 the XLProjects Network (XLP) has taken the independent project forwarding and chartering industry by a storm. Some of the best known project logistics companies in the world have been joining XLProjects and making business with one another.